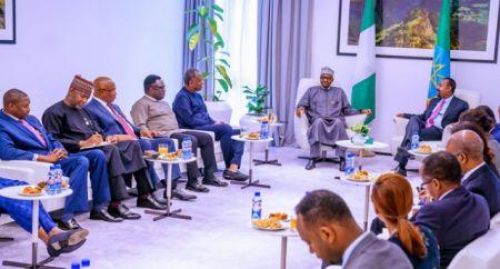 (Ecofin Agency) - Nigeria and Ethiopia have reached a visa waiver deal for diplomatic and official passport holders. The agreement was signed on February 11 in Addis Ababa on the sidelines of the 33rd AU ordinary session, between Geoffrey Onyeama, Nigeria’s Foreign Affairs Minister and his Ethiopian counterpart, Gedu Andargachew.

“The visa waiver agreement is expected to ease the travels of officials and contribute to the strengthening of bilateral relations,” said Garba Shehu, the Official Spokesperson of the Nigerian President.

The two countries also signed a MoU on Cooperation in the field of defense in order to “coordinate counter-terrorism efforts and secure peace and stability in their respective sub-regions, as well as on the continent,” Mr. Shebu explained.

The two most populous countries in Africa agreed to conclude negotiations on the revised Bilateral Air Services Agreement and the MoU on cultural cooperation, as soon as possible.

”The consummation of these two agreements will provide veritable platforms for deepening existing air transport services, tourism and cultural exchanges between the two countries,” authorities said.