Côte d’Ivoire announces an US$825.8 mln program to boost tourism 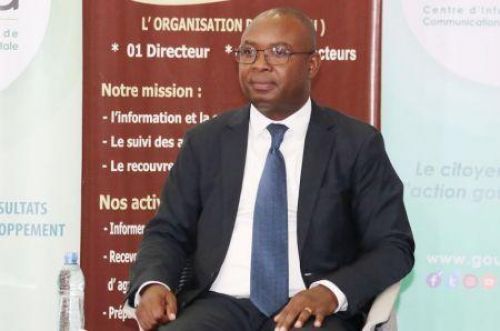 (Ecofin Agency) - Côte d’Ivoire will invest US$825.8 million to boost its tourism sector by 2025. The announcement was made on Tuesday, April 12, by the Director-General of the tourism and hotel industry, Klo Fagama (photo), during a press conference.

The country will notably fund a project “Tour de la Nation,” a project consisting of the construction, renovation, and development of various accommodation and leisure infrastructures. The infrastructures are namely a 225-room 5-star hotel (to be built in Plateau), three twin towers, Golf Hotel (to be renovated and extended), and a 1000-room resort to be developed on the 148-hectare Dahlia Fleur site.

Tour de la Nation also includes the upgrading of Cocody Bay, and the renovation of state hotels in preparation for AFCON2023 to be hosted in Abidjan, and Yamoussoukro. It also provides for the renovation and upgrading of Ranhotel and the construction of  Noom Hotel in Bouake. The construction of a hotel chain, dubbed “Kama Hotels” is also planned.

All the initiatives announced will complement the tourism program ongoing at the University of San Pedro to enhance the training of human resources in the country’s tourism industry.

For authorities, the ultimate goal is to raise the tourism sector’s contribution to GDP to 10% in the next three years. According to Klo Fagama, between 2019 and 2020, the sector’s contribution to GDP fell by 5.5% to 1.8%, mainly because of the coronavirus pandemic. With the programs announced, the government hopes it will increase the number of tourists to 5 million, nearly 3 million more than the figure recorded in 2019.

"Tour de la Nation" will back "Sublime Côte d'Ivoire" which was announced last September 27 by Prime Minister Patrick Achi. It aims to make Côte d'Ivoire the 5th tourist destination in Africa by 2025.