Five elections that will drive Africa’s political news in 2022 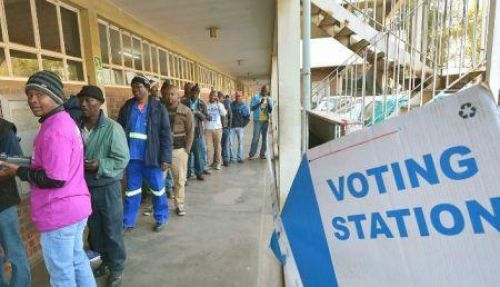 (Ecofin Agency) - Elections in some African countries are known to be somewhat tumultuous. Between political unrest, political meddling, or intra-party clashes, many events can shake a nation. Examples are what happened in Chad with Idriss Déby Itno's death, the pre-election violence in Benin, or Edgar Lungu's defeat in Zambia. The year 2021 came with a series of events that further changed the political landscape on the continent. Things can change further this year with the upcoming elections in many countries. Here are five countries that will drive political news in Africa in 2022.

Kenya: The end for Uhuru Kenyatta

After two successive terms, President Uhuru Kenyatta is set to leave power in August. Per the country’s constitution, the 60-year-old leader is no longer eligible for another term. Although while in power Uhuru Kenyatta implemented major infrastructure projects and initiated the “Big Four Agenda,” his terms were marked by corruption and tax evasion scandals. He was also heavily criticized for his public debt management strategy.

The best person fit to take over power is not known yet but observers’ eyes are on Vice President William Ruto and the longtime opponent Raila Odinga. While Ruto boasts a solid electoral base backed by the outgoing president, Odinga has his last chance to get what he has long desired. Several analysts say that Uhuru Kenyatta will still have a significant impact, even when out of the scene. In recent months, he proposed a reform that included the creation of new positions, including the prime minister and deputy prime minister. He also wanted to make ministers members of parliament and give a position to the opposition leader. Although the reform was ruled unconstitutional, Kenyatta still has a solid base to sway the next elections.

The elections in Angola promise to be tense this year. As soon as the outgoing President, Joao Lourenço, took power in 2017, he launched an anti-graft campaign that exposed many friends of his predecessor Eduardo dos Santos. The latter's children, Isabel and José Filomeno dos Santos have also been at the heart of corruption scandals. This broke relations between the dos Santos’ clan and the Lourenço’s, both of which belong to the ruling MPLA party.

Although no one stands out among the opponents to rattle Joao Lourenço, many observers see the next elections as a national referendum that will reflect the population’s stance concerning the reforms Lourenço implemented since he came to power. Let’s recall that Eduardo dos Santos returned to his country last September and there are rumors that Isabel dos Santos will run for office.

Senegal: Macky Sall to prove himself

The 165 seats in the Senegalese National Assembly will be renewed this year. This will occur in a sensitive political context. In the 2017 legislative elections, Senegalese President Macky Sall succeeded in obtaining an absolute majority in Parliament, with the victory of the Unis par l’Espoir coalition, which included his political party - Alliance for the Republic (APR). But since then, political tensions have arisen in the country, deteriorating the social climate.

When in 2019 Macky Sall was reelected against the backdrop of the conviction of two of his main opponents, violent demonstrations were sparked by socio-political demands. In March 2021, violent riots broke out in Dakar. Protesters demanded the release of Ousmane Sonko, considered one of Sall's main political opponents.

Less than a year after these events, the upcoming legislative elections sound like a test for the head of state, who does not clearly express his ambitions for a third term. As a reminder, local elections will be held this month in the country.

The Gambia will hold this year its second legislative elections since the fall of former dictator Yahya Jammeh. While this is an opportunity to celebrate the new Gambian democracy, it comes in a tense political and social context.

The 2021 election campaign had fueled tensions between President Adama Barrow and his opponents. Criticized for his governance, the leader also suffered a setback in his attempt to introduce new constitutional revisions, including term limits for the president and the possibility for the president to appoint his vice president. The president then formed his party -the National People's Party (NPP)- with which he ran in the election and won.

In April, Adama Barrow will have to win back a parliament that was in his favor when he came to power. The current majority party in the Gambian parliament is the UDP of opponent Oussainou Darboe, who came second in the presidential election of December 2021.

Lesotho: Who will succeed Tom Thabane?

Lesotho will hold elections this year to renew its 120-seat parliament. A PM will also be elected under the country's constitutional monarchy system. Indeed, since 2020, Prime Minister Thomas Thabane and his wife Maesaiah Thabane have been on trial for the murder of former First Lady Lipopelo Thabane. Suspected along with his current wife of being involved in the murder of his former wife some three years ago, the now ex-head of government was forced to resign.

While this trial is still at the heart of the news in Lesotho, the country will have to deal with covid-19 and the lack of budget. Due to a lack of financial resources, elections were postponed from June to September. Three parties are battling for leadership in parliament: the All Basotho Convention (ABC), the Democratic Congress, and the Lesotho Congress for Democracy.

While this year many countries are preparing for elections, many others are also faced with uncertainty. In Mali, the transitional government has announced it will hold general elections within five years, further dampening hopes for a vote next February. In Somalia, tensions between Prime Minister Mohamed Hussein Roble and President Mohamed Farmajo continue to complicate the electoral process. As for Libya, free and democratic elections seem a long way off since the talks between the main actors in the civil war.