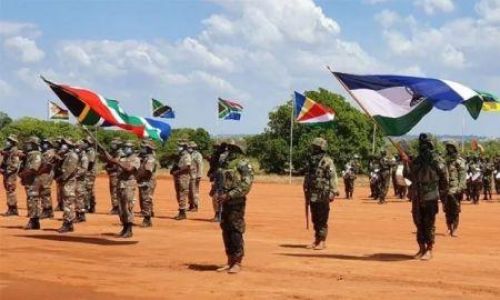 (Ecofin Agency) - In Mozambique, Islamist insurgents are concentrated in a strategic area mainly for the exploitation of huge natural gas reserves, killing thousands of people, and disrupting development projects.

The Southern African Development Community (SADC) announced, Wednesday (July 13), an extension of the mandate of its regional intervention force SAMIM deployed in Mozambique to fight the deadly insurgency led by an Islamic State-affiliated group.  The decision was announced in a release published after a virtual SADC Heads of State meeting.

The “Summit approved an interim extension of the SAMIM mandate beyond 15 July 2022, to facilitate the continuation of SAMIM operations, pending the review and consideration of a comprehensive SAMIM report by the Ordinary SADC Summit of Heads of State and Government scheduled to be held from 17-18 August 2022 in the Democratic Republic of Congo,”  the release informs.

SAMIM peacebuilding mission started in mid-July 2021. In October 2021, its mandate was extended for the first time before the January and April 2022 extensions.

SAMIM was deployed by the SADC at the request of Mozambican authorities fighting an insurgency led in Cabo Delgado by the jihadist group "Ahlu Sunna Wal Jamaa," locally known as "Al-Shabab.” The insurgency has killed thousands of people since its establishment in 2017. It also disrupted the development of gas projects, including a US$20 billion liquefied natural gas project announced by French group Total.