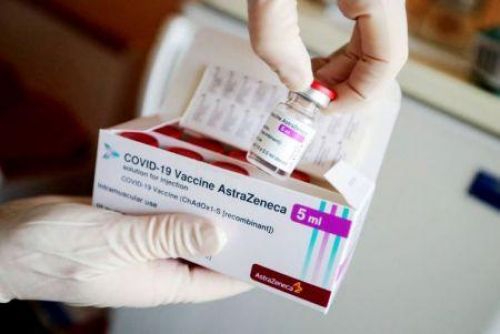 (Ecofin Agency) - The Democratic Republic of Congo (DRC) has decided to postpone sine die, its vaccination campaign against the covid-19 pandemic. The announcement was made by the Minister of Health, Dr. Eteni Longondo in a statement issued on March 13, 2021.

The country had initially set the start of its vaccination campaign for March 15, 2021, and had already obtained 1.7 million doses of AstraZeneca vaccine. But recent reports of risks associated with its use have prompted authorities to suspend the rollout.

"The Ministry of Health is informed that as a precautionary measure, some European Union countries have temporarily suspended the use of a specific batch of AstraZeneca vaccine, based on reports of blood clotting disorders in people who have received the vaccine from this particular batch," the document said.

This announcement comes after Denmark, Norway and Iceland suspended the deployment of the British vaccine in their territories last week. Due to growing concerns that the vaccine is likely to be "unsafe," the WHO had sought to reassure that the vaccine could continue to be used pending the results of the ongoing investigation.

Authorities said the new date for vaccination will be announced shortly, as soon as the results of the investigations already underway at the national and international levels are available.

According to the latest available data, the DRC currently has 26,846 cases of coronavirus, with at least 712 deaths and 22,432 recoveries. In addition to the pandemic, the country is also facing a resurgence of the Ebola virus in the eastern part.