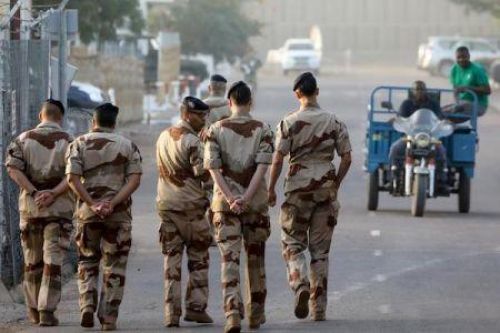 (Ecofin Agency) - The withdrawal ends nine years of military cooperation to fight terrorism. It is in compliance with a decision to reorganize the Barkhane military mission.

The last detachment of the Barkhane anti-jihadist force has left Mali, the French Ministry of Armed Forces announced on Monday, August 15.

"Today [...], the last military unit of the Barkhane Force present on the Malian territory crossed the border between Mali and Niger. It came from the Operational Desert Platform of Gao, which was handed over to the Malian armed forces this morning," the Ministry announced in a release dated August 15.

This withdrawal ends nine years of military operations to fight terrorism in the Sahel region.  The process started on February 17, 2022. That day, a joint statement announced that due to “multiple obstructions by the Malian transitional authorities,” the countries “operating alongside Operation Barkhane and within the Task Force Takuba deem that the political, operational, and legal conditions are no longer met to effectively continue their current military engagement in the fight against terrorism in Mali.”

France then decided to proceed to the “coordinated withdrawal” of Operation Barkhane. Nevertheless, in “close coordination” with Mali’s neighboring countries, it decided “to remain committed in the [Sahel] region in accordance with their respective constitutional procedures.”

About three months later, the military junta ruling Mali announced the suspension of a cooperation treaty signed in 2014 with France and the 2013 and 2020 agreements setting the legal framework governing cooperation with Operation Barkhane and the European military task force Takuba.

Let’s note that Relations between Mali and France are strained because Paris and its allies accuse the Malian junta. Meanwhile, Mali has always rejected the accusation.

Barkhane’s withdrawal from Mali does not mean the military cooperation force will exit the Sahel region. "France remains engaged in the Sahel, the Gulf of Guinea, and the Lake Chad region, along with all the partners committed to stability and the fight against terrorism," wrote the French Presidency.

On July 13, 2022, Emmanuel Macron indicated that he had given instructions to redesign his country’s military operations present in Africa, by autumn 2022. The aim is to make those operations “less engaged and less exposed.” In that regard, in the Sahel region, the French military presence will be halved, to 2,500 soldiers, by the end of 2022. Niger agreed to keep a French air base in Niamey and 250 French soldiers for its military operations at the border with Mali. Chad will continue to host a base in N’Djamena. Also, France hopes it would keep a special forces battalion in Ouagadougou, the capital of Burkina Faso.