Africa could need $200bln in annual climate investment by 2070 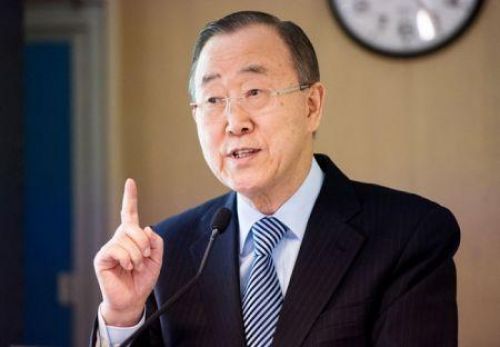 (Ecofin Agency) - By 2070, Africa's annual need to cope with the effects of climate change could amount to $200 billion. “An enormous amount of money will have to be invested because adaptation itself reduces vulnerability,” said Ban Ki-Moon (pictured), former UN Secretary-General and current President of the Global Centre on Adaptation (GCA).

The fight against climate change currently requires between $7 billion and $15 billion each year, the official said. This amount will grow by at least 7% annually. If current parameters are maintained, the necessary funds will reach $35 billion per year by 2050 and $200 billion in 50 years.

The continent is one of the most vulnerable to climate change. Migration to a more resilient model will require this annual investment to put in place early warning systems for natural disasters and infrastructure that is resilient to climate shocks.

Although the continent emits fewer greenhouse gases, it suffers the consequences because of its dependence on livestock and crops. Rising temperatures and sea levels have increased the frequency of extreme weather events.

Each year, the effects of climate change cost the lives of at least 1,000 people in sub-Saharan Africa and leave 13 million injured, homeless, hungry, without water or sanitation infrastructure, according to the International Monetary Fund (IMF). The effects of climate change are also causing more than $520 million in direct damage to economies since 2000, according to the Fund.

“The financial implications of not acting now is that economies will be destroyed,” warns Patrick Verkooijen, the GCA's executive director.