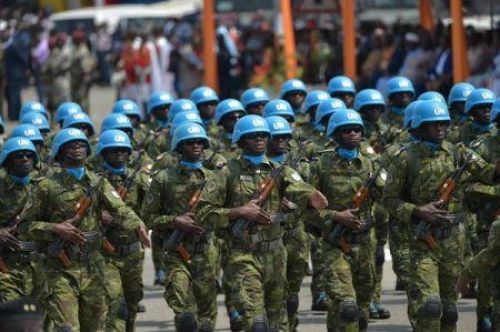 (Ecofin Agency) - The decision is announced in a context where Côte d’Ivoire and Mali are, since July 2022, unable to reach an agreement for the release of 46 Ivorian soldiers arrested by Mali, which accuses them of being mercenaries.

This decision, notified in a letter from the Ivorian ambassador to the United Nations, comes in a tense diplomatic context. Since July, negotiations between Mali and Côte d'Ivoire over the case of 49 Ivorian soldiers arrested by Malian authorities are stalling. Mali accuses the soldiers of being mercenaries sent by Côte d’Ivoire but Ivorian authorities explain they are rather security and logistics contingents serving in the framework of the MINUSMA peacekeeping mission.

Although three of the arrested soldiers have been repatriated to Côte d'Ivoire, no significant progress was made for the release of the remaining 46.

"Following instructions received from the Government of the Republic of Côte d’Ivoire, the Permanent Mission confirms the decision to gradually withdraw Ivorian military and police personnel deployed in MINUSMA, as announced on 28 October 2022 by the Minister Delegate Léon Kakou ADOM, during his meeting with the Under-Secretary-General for Peacekeeping Operations, Mr. Jean Pierre LACROIX.[…] As a result […], the rotation of the unit based in Mopti, as well as the deployment of staff officers (MSO) and police officers (IPO), scheduled for October and November 2022, respectively, can no longer be carried out. Similarly, Côte d'Ivoire plans to relieve its soldiers and various agents deployed in the MINUSMA mission in August 2023,” the letter from Ivorian authorities indicates.

This announcement comes in the wake of the United Kingdom’s early military withdrawal from Mali. It seems to confirm Bamako’s isolation on the international scene and its rapprochement with Russia. Before the UK, France and Sweden had announced their withdrawal from the country, accusing Mali of using the Russian paramilitary group Wagner’s mercenaries to combat terrorism on its soil.

Malian authorities are yet to publicly comment on Côte d’Ivoire’s withdrawal from the MINUSMA. According to Ivorian authorities, the soldiers who will be withdrawn from the Malian peacekeeping mission will be redeployed to other missions.