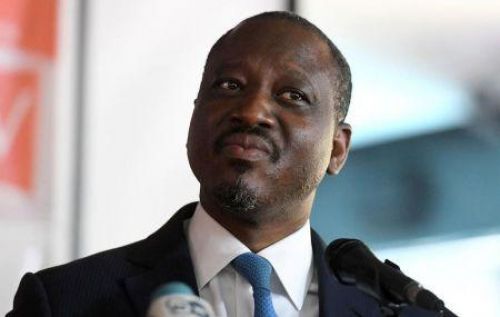 (Ecofin Agency) - In his indictment delivered yesterday June 16, Richard Adou, prosecutor of the Republic of Côte d'Ivoire, requested life imprisonment against Guillaume Soro (pictured). The former rebel leader was facing charges of "conspiracy", "and "attempted attack on the authority of the state", along with 19 of his supporters, as part of a trial that began on May 19 at the Abidjan criminal court.

According to Souleymane Kamagaté, one of the supporters and former chief of protocol for Guillaume Soro, the prosecutor requested 20 years in prison. The same sentence was requested against Affoussiata Bamba, former minister and lawyer of the former president of the National Assembly, as well as Toure Moussa, head of his communication. They are both in exile and therefore being tried in absentia like their leader.

As for the rest of the defendants, Richard Adou asked for 17 months in prison against the former minister and MP Alain Logbonon, seven soldiers and Simon Soro, the younger brother of the main defendant.

According to the defense lawyer, Souleymane Diallo, there has been "far too much perjury and forgery in this case. In his plea, he denounced a "political trial", thus joining the position of his most famous client who regularly insists on the relentlessness of the power in Abidjan against him.

"The dissolution of the GPS [Générations et peuples solidaires, a political movement created by Mr. Soro] requested by the prosecutor shows the political nature of the trial. Because it is not up to the criminal judge to dissolve an association. There is no conspiracy, no attack on the authority of the state," said Mr. Diallo, who is calling for the "pure and simple release" of the defendants.

The new conviction of Guillaume Soro would be in addition to a 20-year prison sentence ruled last year by the Ivorian justice system for handling misappropriated public funds. It was this conviction that the electoral commission invoked in mid-September 2020 to invalidate the 49-year-old's candidacy in the last Ivorian presidential election.

While this election was marred by violence, the political climate in Côte d'Ivoire has largely relaxed since then, with the participation of the vast majority of parties in the March 2021 legislative elections. After a decade out of the country, former President Laurent Gbagbo is expected to return to Abidjan today where he will be "taken home safe and sound," according to the government.