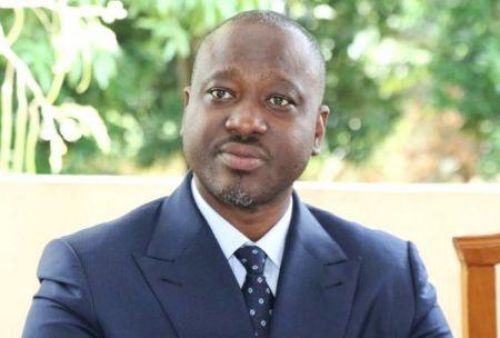 (Ecofin Agency) - The Ivorian former rebel leader Guillaume Soro is being prosecuted along with 19 others for conspiracy and undermining the authority of the state, illegal possession of weapons, dissemination of fake news, and disturbing public order. In exile since 2019, Guillaume Soro should be tried in absentia.

In Côte d'Ivoire, the trial of the former president of the National Assembly, Guillaume Soro (pictured), and 19 other people, opened on Wednesday, May 19. Only 13 defendants were able to appear before the criminal court in Abidjan, the others being absent.

As soon as the trial began, the defense requested a postponement, saying it was not able to consult all the documents in the indictment file. These include an audio recording in which Guillaume Soro can be heard talking about a plan for armed insurrection with a caller. The lawyers also requested the provisional release of the defendants, including the former minister and MP Alain Logbonon, Guillaume Soro's former chief of protocol, Souleymane Kamagaté, known as "Soul To Soul," and Rigobert and Simon Soro, brothers of Guillaume Soro. All these personalities are accused of conspiracy and undermining the authority of the state, illegal possession of weapons, dissemination of fake news, and disturbance of public order.

On Dec 23, 2019, the Ivorian security forces arrested about fifteen personalities who are members of Soro’s party -Generations and People in Solidarity (GPS). Earlier, Soro was preparing to land in Abidjan when he diverted his private jet to Ghana for fear of being arrested on getting off the plane. A few days later, the courts announced that Soro and some of his relatives were suspected of plotting against the regime of Alassane Ouattara. A seven-minute audiotape released by prosecutor Richard Adou, and several weapons seized during the investigation appear to be the main evidence for the accusation.

Since then, the former ally of Alassane Ouattara has been living in exile in Europe with several of his relatives who are also accused.

Following a debate between the defense, the prosecution, and the civil party, the Abidjan criminal court rejected the request for release made by the defendants' lawyers. However, the judges accepted the request to postpone the trial to allow all parties access to all the documents in the case. A new hearing will therefore be held on May 26, still without Guillaume Soro, who was already sentenced to 20 years in prison in 2020 in another case and who, barring any surprises, should be tried in absentia.