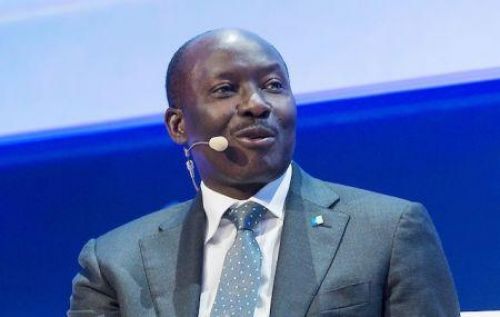 (Ecofin Agency) - The Republic of Congo has received a total of $540 million from various banks to boost its economic recovery. An announcement was made last weekend by Henri-Claude Oyima (pictured), CEO of BGFIBank, one of the lenders.

While details of the operation have not yet been released, the manager said it will be used primarily to stimulate economic activity in the country. The money will help clear part of Congo's domestic debt.

Highly dependent on oil revenues, the country has been strongly affected by the sharp drop in the price of the black gold in 2014, which has left it with a debt representing more than 85% of its gross domestic product (GDP). At the end of January 2020, a report by the NGO Global Witness found that the government has concealed a debt of about $3.3 billion that was contracted by the National Petroleum Company of Congo (SNPC); a situation that risks increasing the country's debt.

By 2018, the Congolese authorities had succeeded in negotiating a new financial arrangement with the IMF to reduce debt and diversify the oil-dependent economy. “With the IMF, we agreed that we would put in efforts to pay the domestic debt,” said PM Clément Mouamba.

According to Henri-Claude Oyima, the resources are not to be directly granted to the state but are rather intended to support businesses and allow the economy to recover.