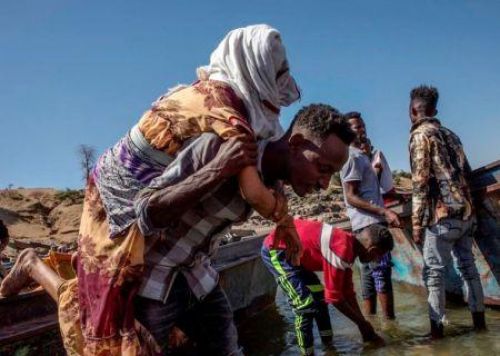 (Ecofin Agency) - The European Union said it will increase its humanitarian aid for Ethiopia, Kenya, and Sudan, affected by the Tigray conflict. In an official Dec 19 statement, the institution announced additional assistance of $29 million for the countries.

Nearly $23 million of the new funding will be granted to humanitarian partners working in Ethiopia, while $2.4 million will enable Sudan to cope with the arrival of refugees. Also, $3.5 million will be allocated to combat the rapid deterioration of food security for refugees in Kenya.

This announcement comes a few days after the EU decided to delay an €88.5 million budget support to the Ethiopian government. The strategy is to put pressure on Prime Minister Abiy Ahmed to end the conflict. The Prime Minister has started a military campaign against the Tigray People's Liberation Front (TPLF), which is accused of secessionism and refusal to submit to the authority of the central government.

It is estimated that since the beginning of the conflict on November 4, more than 50,000 people have fled to Sudan.

“The EU continues to call on all involved to abide by International Humanitarian Law. Despite this, the EU is stepping up its humanitarian support for the region, including Sudan, which is suffering the brunt of the refugee wave from Tigray,” said Janez Lenarčič, EU Commissioner for Crisis Management.

According to the institution, the total amount of humanitarian aid granted to Ethiopia in 2020 amounts to $77.2 million.