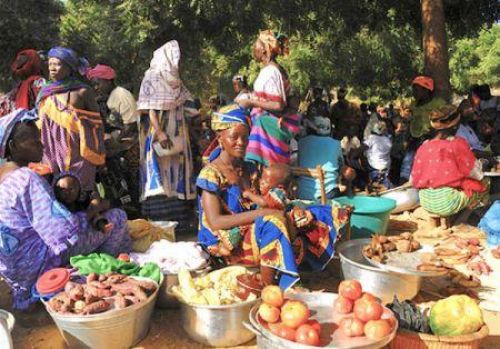 (Ecofin Agency) - While the number of confirmed coronavirus cases has already reached 1,000 people in Africa, the international community is worried that the continent, especially the sub-Saharan part, may not be strong enough in health infrastructures to face the consequences. What is even more alarming is that Africa was already in an undesired situation with the economic crisis and the high level of poverty.

South Africa, which has the most advanced health system in SSA, is already overwhelmed with 274 confirmed cases. Populous countries like Uganda and Kenya are to follow up. Sahel countries such as Burkina Faso, Mali or Niger, lack health facilities since many have been destroyed by armed groups during recent terrorist attacks.

Available solutions are hard to adapt to Africa

In this scenario, many local governments, sometimes pressured by public opinions and development partners, have decided to close borders (sea, land, and air) to limit the propagation of the virus. With this done, the next step was now to control and limit people's movement within borders. But that strategy is hard to adopt across the continent.

Contrary to Europe where border shutdowns are followed by a series of financial support measures, sub-Sahara Africa cannot afford that “luxury” mainly due to its weak economy.

First, the pandemic comes with a decline in the prices of commodities, the main income sources for the region. It’s thus clear that Africa cannot afford to take supportive decisions like those of the US Federal Reserve System, the European Central Bank, or other individual European countries. Africa is an import-dependent continent and needs forex reserves to meet its consumption demand. Any massive capital injection into the economy could lead to an uncontrolled increase in market prices.

The second constraint to cash injection is the high weight of the informal sector in the economy. Day-to-day income generation for hundreds of millions of people in the region depends on small-scale trade or service activities, which are not always identified and identifiable. In several countries, curfews have blocked activities for millions of night workers. If these measures were extended over time, the challenge of the coronavirus would be replaced by an explosion of insecurity.

In a case where the Central Banks of sub-Saharan Africa could not generate money like banks in the USA or the Eurozone, they would need to draw from their budgets to meet needs. In an August 2019 report, the US rating agency Moody’s warned that such fiscal flexibility was too weak for SSA countries. Ghana, Nigeria, South Africa, and Angola were listed in the report as those that would have difficulty adjusting their budgets.

The world is worried about sub-Saharan Africa, but not much is done. The $15 billion provided by the World Bank to support emerging countries, added to the $50 billion from the International Monetary Fund are far less than the trillions of dollars spent by China, the USA, and the EU to control the virus in their areas.

However, there is hope for Africa. The pandemic is not spreading as fast as it is doing on other continents. Despite its exposure to China, its main trading partner, Africa recorded its first cases only when the virus epicenter migrated to Europe.

So far, the coronavirus has affected some 280,000 people around the world, killing 14,000 while about 90,000 others have been cured. These are serious figures, but every day in Africa, 3,000 infants die from tuberculosis, an equally contagious disease, according to 2018 data provided by UNICEF.