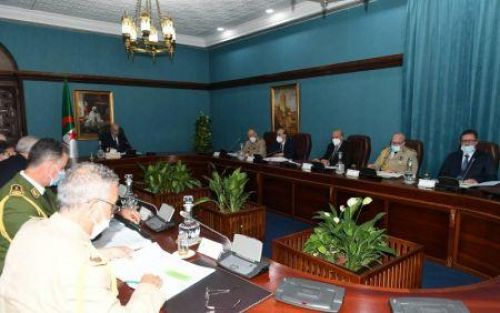 (Ecofin Agency) - On August 14, the Algerian government announced the unilateral severance of its diplomatic relations with Morocco, citing incessant hostile acts by its neighbor. Tensions between the two countries has so far escalated.

Moroccan civilian and military aircraft, as well as aircraft registered in the country are now banned from entering the Algerian airspace. The decision was announced yesterday by Algeria’s High Security Council, "due to continued Moroccan provocations and hostile practices.” The council is headed by the Algerian President, Abdelmadjid Tebboune, alongside the Supreme Commander of the Armed Forces and the Minister of National Defense.

For now, Morocco has not officially reacted. A source at Royal Air Maroc (RAM) told Reuters the decision would only affect 15 weekly flights linking Morocco with Tunisia, Turkey, and Egypt. The source says the affected flights could however be rerouted over the Mediterranean. But RAM did not comment on a possible modification of its flight plans.

Commercial travel has been suspended between Morocco and Algeria since March 2020, due to the Covid-19 pandemic. The partial opening of Moroccan airspace on June 15, 2021 did not include Algeria and subsequently any flight between the two countries was subject to an exceptional authorization.

As a reminder, the two North African countries have been opposed on several issues for years. The hot issues include the independence of Western Sahara (where Algiers has always shown its support for the Polisario Front) and the self-determination of Kabylia, where Rabat in turn supports the Kabyle cause. Algeria accuses Morocco of supporting the MAK, a Kabyle separatist group that the government describes as a terrorist organization and which is allegedly involved in the recent devastating wildfires, which killed at least 90 people. The MAK, however, denies the allegations.