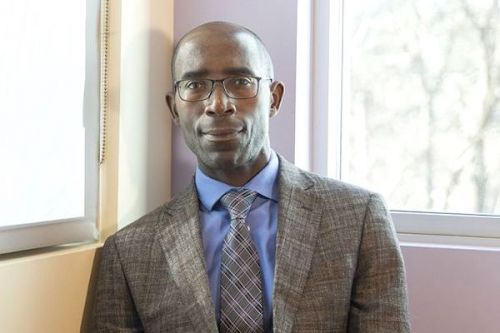 (Ecofin Agency) - As countries around the world face challenges in mobilizing resources to deal with Covid-19, the ICRICT (Independent Commission for the Reform of International Taxation) took the opportunity to call again for an acceleration of reforms in the taxation of multinationals. Leonce Ndikumana is one of the pioneers in the fight against Illicit Financial Flows and tax abuses in Africa. Emeritus Professor of Economics and Director of the African Development Policy Program at the Political Economy Research Institute (PERI) at the University of Massachusetts Amherst, he is a member of ICRICT and Honorary Professor at the University of Cape Town and the University of Stellenbosch in South Africa. He agreed to answer questions from the Ecofin Agency.

Ecofin Agency: You are participating today in an international campaign promoting a faster tax reform of multinationals. What are the stakes here?

Leonce Ndikumana : The reform of international corporate taxation is urgent for several reasons.

First, as demonstrated by the Covid pandemic and the ensuing economic crisis, the capacity of governments to intervene and shield the economy and the people from the crisis depends critically on their fiscal space. This is determined primarily by the volume of domestic revenue as well as the sustainability of their external debt.

Third, fair and effective corporate taxation is a matter of social justice. On the one hand, these corporations rely on public infrastructure and services that are financed by tax revenue; it is only fair that they contribute to the revenue pool through appropriate tax payments. On the other hand, it is unfair, and even immoral for rich corporations to pay less taxes than their lowest-paid employees: in fact, some of the mega corporations, especially digital giants (Google, Facebook, Amazon) often pay no taxes at all while their employees have no means of evading their taxes which are levied at the source.

Ecofin Agency: The OECD recently recognized how multinationals negatively influence the mobilization of fiscal resources in various countries. How is it that such a powerful organization cannot bring down such large firms?

Leonce Ndikumana : The fact that the OECD has finally recognized the negative influence of multinationals in mobilizing countries' fiscal resources is an important step in the right direction; but we may wonder why it took them so long.

The OECD has tremendous leverage – economic and political – that can be used to influence substantive reforms in international corporate taxation. Its member states are the headquarters of the multinational corporations in question, and therefore they hold the legal levers that can be activated to ensure that these corporations pay their fair share of taxes.

There are two substantive issues: First, multinationals exert substantial influence, through political lobbying, on the design and implementation of tax laws, tilting the balance in their favor, hence enabling them to “legally” avoid paying appropriate taxes. So, corporate taxes have been declining over time. For example, in the United States the corporate tax rate was slashed from 35% to 21% in 2018. In the meantime, personal income tax is as high as 37% (the highest is 39.6%). This exemplifies the unequal burden of taxation that falls disproportionately on wage earners compared to capital owners. The second issue is ineffective enforcement of the laws, enabling corporations to avoid paying even the modest tax liabilities provided for by the law. Unfortunately, the legal system is also much more lenient vis-à-vis corporations and rich individuals who are able to pay their way out of violations of tax laws. In a nutshell, we have serious issues with biased tax laws in favor of corporations, and ineffective enforcement of the laws on the book. And because multinationals have so much political and economic power, this undermines political will and practical effectiveness of the OECD as a driver of corporate tax reform. This situation underscores the need to transfer the role to a more inclusive body, notably the United Nations where all countries can be given an equal voice at the table.

Ecofin Agency: In this struggle, Africa is the greatest loser. According to UNCTAD, the continent lost $88 billion on average between 2013 and 2015. However, while some progress is being made at the regional level, at the national level, tax evasion continues. How can this be explained?

Leonce Ndikumana : The UNCTAD 2020 Report on Economic Development in Africa underscores the point we have been making in our research over the past two decades: that Africa is suffering a steady hemorrhage of its resources through capital flight. In 2001, we pointed out that rather than being ‘aided’ by the world, Africa was in fact ‘a net creditor’ to the rest of the world, in the sense that the private wealth accumulated from capital flight and stashed abroad vastly exceeded its liabilities vis-à-vis the world – foreign debt. Today, the situation has only gotten worse: the illicit outflow of resources from the continent vastly exceeds resources coming into Africa in the form of public aid, loans and private investments.

A key driver of capital flight and illicit financial flows is the evasion of taxes on assets smuggled abroad, in addition to the evasion of legal inquiries on the origin of these assets.

Indeed, while there has been progress in regional-level mobilization against illicit financial flows and corporate tax evasion, there is less movement at the national level. One of the causes is once again the ability of multinationals to exert their influence on individual governments and prevent the application of tax laws and impose transparent behavior on the part of these MNCs. Another issue is the lack of technical capacity of individual African governments to even enforce the laws on the books. But there is also the issue of corruption, where government officials are bribed by foreign agents to facilitate tax evasion and the smuggling of capital outside of the continent.

Ecofin Agency: What advice would you give African governments that suffer tax abuses by multinationals?

Leonce Ndikumana : All African governments are victims of tax abuses by multinationals to some extent; some are more exposed than others. In particular, countries that are rich in oil and mineral resources are especially vulnerable to tax abuses by multinational corporations. They take advantage of the complex and unfair mining contracts to minimize their tax liability, as well as profit shifting by using tax havens to book their profits while inflating their expenses in African countries where they do business.

On the domestic side, African governments need to review their tax laws and regulatory frameworks governing taxation of multinational corporations to ensure that they are in line with the best global practices. To do so, they should seek technical assistance from continental organizations (AfDB, UNECA) to draw on their expertise as well as political leverage. Governments must also promote transparent reporting of tax payments by multinational corporations so as to both enforce compliance and build public support for tax reforms. But domestic reforms alone will not resolve the problem. It is important that these reforms are supported by concerted efforts at the regional and global levels to increase transparency accountability by multinational corporations. And here the work by ICRICT and OECD is very important.

Ecofin Agency: What are the recommendations of ICRICT, which you are a part of, to stem the phenomenon of low taxes paid by multinationals?

Leonce Ndikumana : ICRICT has been at the forefront of the global efforts to push for the reform of corporate taxation to ensure that all corporations pay their due share of taxes, and that all countries benefit fairly from the operations of MNCs. One of the key proposals championed by ICRICT is the elimination of the practice of treating a corporation’s subsidiaries and branches as separate entities entitled to separate treatment under tax law. It, instead, proposes to treat multinational corporations as single firms conducting business activities across international borders. Hence, an MNC must be taxed as a single and unified firm, with the taxes being apportioned across involved countries on the basis of objective factors, such as sales and employment. The second important reform supported by ICRICT is the sharing of tax information across countries, which should be automatic, rather than being negotiated on a bilateral basis by individual countries. These reforms will benefit both developed and developing countries while helping to level the playing field in the design and implementation of corporate taxation around the world.