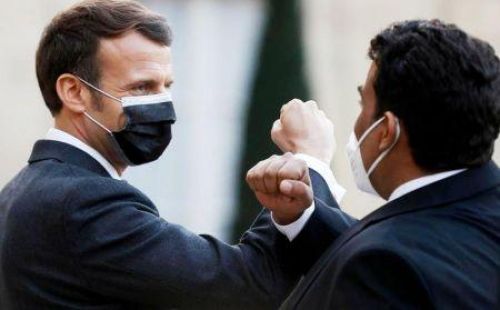 (Ecofin Agency) - On March 29, 2021, France will reopen its Libyan embassy in Tripoli. This was announced on March 23, 2021, by French President Emmanuel Macron at the end of a meeting held in Paris between the head of the Libyan presidential council Mohammed El-Menfi and the French president.

He also announced that Béatrice Le Fraper du Hellen, who is currently France’s ambassador to Libya with residence in Tunis, will return to Tripoli.

This reopening will improve bilateral relations between Libya and France. Indeed, the country is particularly involved in the Libyan crisis. In 2011, under President Nicolas Sarkozy, it was one of the main leaders of the anti-Gaddafi diplomatic front at the UN. It then supported anti-Gaddafi forces in the clashes that led to the defeat and subsequent death of Muammar Gaddafi, plunging Libya into an unstable situation it is still trying to overcome. In 2014, France had to close its embassy in Libya due to the unstable security situation.

"We have an obvious debt towards Libya and its population, namely the decade-long unrest […] which has become a challenge for the whole region […] There will be no peace in the Sahel without stability in Libya," the French President said adding that France will go all in to support Libya, not just promise and forget.

Nevertheless, in Libya, a new prime minister was appointed and a national unity government formed days ago paving the way for general elections that will help the country regain its stability and prosperity.