New disbursement of SDRs: Will rich countries show solidarity with the poorest? 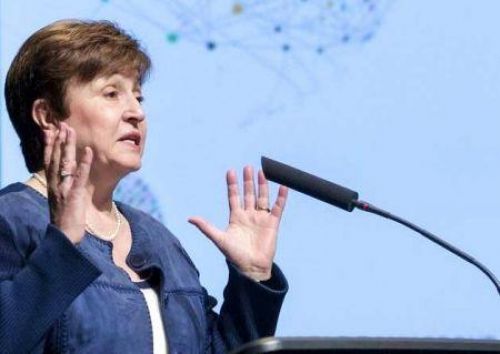 (Ecofin Agency) - Earlier this month, the International Monetary Fund just approved the disbursement of $650 billion in Special Drawing Rights (SDRs) to finance the world’s post-Covid-19 recovery. As the allocation came into effect Monday, observers wonder whether rich countries will show solidarity with the third world.

Given that SDRs are granted based on the size of their economies, it is obvious that the amount will not be evenly distributed among all IMF members. African members will only receive $33 billion whereas the Fund says the continent needs at least $425 billion to deal with the pandemic and its repercussions on tourism while speeding up recovery over the next five years and maintaining enough reserve.

Because of the low resources available to them, poor countries (especially Africans) have called on the wealthiest for help. The requesters want their helpers to willingly waive part of their SDRs. The negotiations fetched them a total of $100 billion in SDRs.

Now that the disbursements have taken effect, all eyes are on the rich countries that, unlike their African counterparts, have been able to gather several billion dollars to fight Covid-19, vaccinate their people and support their economies. Many observers fear a vaccine-like scenario; where rich countries were able to buy the Covid-19 vaccines and the others were not.

“To magnify the benefits of this allocation, the IMF is encouraging voluntary channeling of some SDRs from countries with strong external positions to countries most in need,” said Kristalina Georgieva, IMF MD. She recalled that over the past 16 months, “some members have already pledged to lend $24bn, including $15 billion from their existing SDRs, to the IMF’s Poverty Reduction and Growth Trust, which provides concessional loans to low-income countries.”

“The IMF is also engaging with its member countries on the possibility of a new Resilience and Sustainability Trust, which could use channeled SDRs to help the most vulnerable countries with structural transformation, including confronting climate-related challenges. Another possibility could be to channel SDRs to support lending by multilateral development banks.” She added.