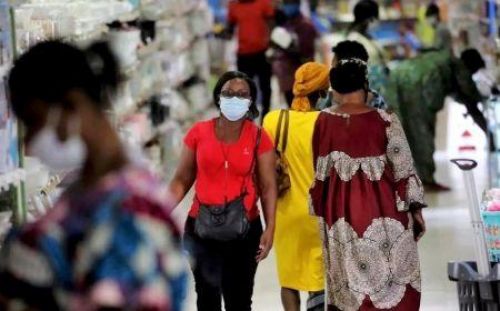 (Ecofin Agency) - In its latest World Economic Outlook Update, the International Monetary Fund IMF revised downwards the initial growth projections it made for sub-Saharan Africa for the current year. From -1.6%, the Fund now eyed on a -3.2% growth for the region, making a downgrade by 1.6 percentage points.

The reason, IMF says, is the strong fallouts of the coronavirus pandemic on the global economy and particularly on the sub-Saharan African economy. Globally, the downturn is now estimated at 4.9% for the year, 1.9 percentage points below the April forecasts.

Let’s recall that the World Bank has also in its latest report forecasted a decline of 2.8% in the GDP of SSA. In the same vein, IMF expects growth in Nigeria and South Africa, sub-Saharan Africa’s two largest economies, to drop to -5.4% and -8% respectively in 2020 (against -3.2% and -7.1% respectively according to the World Bank).

“The COVID-19 pandemic has had a more negative impact on activity in the first half of 2020 than anticipated, and the recovery is projected to be more gradual than previously forecast,” IMF said. The strong impact of the pandemic on the production of services and consumer goods and the extreme control measures initiated by governments, including the restriction on the movement of people, have exacerbated the situation on the international trade market.

Despite the uncertainty for the future, IMF expects growth in SSA to recover gradually to 3.4% in 2021, 0.7 percentage point below the projections in April. On the global market, growth will accelerate to 5.4%, 0.4 percentage point down from previous forecasts.

It should be noted that the prospects for recovery could deteriorate depending on the evolution of the pandemic and the success of the measures taken to deal with it.