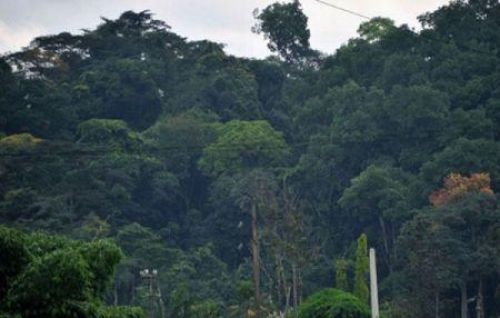 (Ecofin Agency) - The Ivorian government set itself a goal of planting as many trees as possible on its territory to achieve a 20% vegetation cover by 2040. With the current 11%, Côte d'Ivoire is one of the world’s forest-poor countries.

In the 1960s, this West African nation had 16 million ha of forests but now it only has about 2.5 million ha. The destruction of the vegetation cover was sped up by agriculture (62%), logging activity (18%) and construction of infrastructures (10%). Aware of the looming dangers of a further deforestation, the Ivorian authorities want to reverse the situation by planting more trees to recover 6 million ha of forest over the next 20 years.

The Forests and Water department has already taken the lead and reforested about three hectares in the area of the Séguéla Regional Hospital Center. “This is part of the Ministry's new policy to preserve, rehabilitate and extend vegetation cover,” said Hubert Katchia, Regional Director of Waters and Forests.

The Reducing Emissions from Deforestation and Forest Degradation (REDD+) UN program also advocates raising public awareness of agroforestry or zero deforestation in order to reduce the rate of forest loss.