Chad reaches staff-level agreement with IMF for a $560mln disbursement 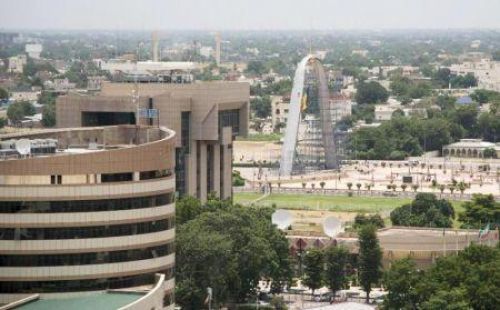 (Ecofin Agency) - Chad will benefit from $560 million to be provided by the International Monetary Fund to support its economy. In a Jan 27 statement, the Fund announced it has reached a staff-level agreement with the country for this new financing under the extended credit facility (ECF) and extended fund facility (EFF). The disbursement is subject to approval from the IMF executive board.

The resources will support Chad’s economic recovery after the country suffered the fallouts of the Covid-19 pandemic which officially affected 3,269 people on the territory, according to the latest stats. Although Chad is one of the less affected countries in Central Africa, the volatility on the oil market further plummeted this oil-dependent economy.

“Lower oil prices and oil production, and domestic containment measures are weighing on the outlook, and are causing significant adverse economic and social effects,” IMF found, stressing that in 2020, “oil output is estimated to have grown at a subdued pace (2.4 percent)” while non-oil activity is expected to shrink by 1.7%. Overall, IMF projects the country’s growth at -0.7% for 2020.

Last year, the institution approved nearly $130 million to help Chad meet its urgent balance of payments needs. This time, the disbursement will be followed by a series of reforms set to be deployed over four years at least. The objective is to diversify the country’s sources of income (making it less dependent on its oil sector) and reduce poverty and public debt.

In 2017, Idriss Déby’s country had already obtained $312 million in financing from the IMF to support its stabilization and recovery strategy. Although the institution considered the reforms implemented at that time satisfactory overall, it said they did not enable the country to achieve its goals.

According to the World Bank, the number of poor people in the country increased from 4.7 million in 2011 to about 6.5 million in 2019. In 2018, 42% of the population lived below the national poverty line, a figure that is expected to increase due to the pandemic.