South Africa gets $4.3bln from IMF to fight the pandemic, first funding in 26 years 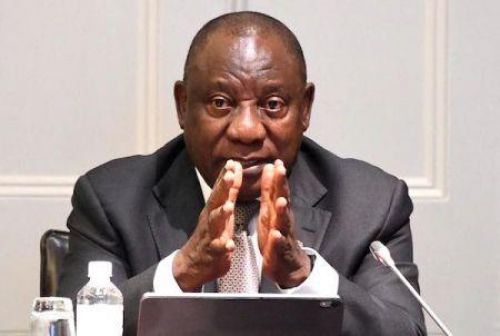 (Ecofin Agency) - The Executive Board of the International Monetary Fund (IMF) has approved the disbursement of $4.3 billion to help fight the coronavirus pandemic in South Africa. This amount, which represents 100% of South Africa’s quota in the Fund, was granted under the Rapid Financing Instrument to meet the country’s urgent balance of payments needs.

“The pandemic is evolving in South Africa at a challenging time. With severe structural constraints to growth, economic activity has weakened over the last decade despite significant government spending, resulting in high unemployment, poverty, and income inequality,” IMF said in a statement.

This is the first time in 26 years that South Africa, the most diversified economy on the African continent and a member of the G20, has asked the IMF for help. The country has consistently refused to do so in the name of economic sovereignty. With 90% of its public debt owed to domestic creditors and a capital market that weighs 20.7 trillion rands (5 times the size of its economy), several analysts have always considered that going to the IMF is a kind of humiliation.

But the current pandemic context has forced the country to resort to the Washington-based institution. “South Africa’s economy has been severely hit by the COVID-19 crisis, reporting the highest number of cases in sub-Saharan Africa. A deep economic recession is unfolding as the decline in domestic activity and disruptions in the global supply chain resulting from the COVID-19 shock have added to a pre-existing situation of structural constraints, subdued growth, and deteriorating social outcomes,” said Geoffrey Okamoto, IMF’s First Deputy Managing Director, and Acting Chair.

According to many opinion leaders in Africa, the IMF’s structural adjustment programs have contributed to the fragility of the continent. For the current solutions, the institution says it is giving its support without any counterpart. But the last part of its statement sounds like a set of instructions given to South Africa.

The Fund calls on South Africa to urgently strengthen its economic fundamentals and ensure debt sustainability through fiscal consolidation, improved governance and operations of state-owned enterprises, and other growth-enhancing structural reforms. The IMF also suggests that it will be important to preserve the central bank's mandate to control the level of inflation and to proactively regulate and supervise banks, especially small banks.

These recommendations are different from those implemented in several developed countries, and even in China. Faced with the adverse effects of covid-19 on their economies, central banks have injected massive amounts of money in the form of debt buybacks. In the United States, these operations involved not only government securities but also those issued by certain companies.

Despite criticism, the IMF was approached by several countries around the world. South Africa is not the only country in Africa to have overstepped its principle of no longer soliciting the institution. Nigeria and Ghana have had to ask for their help. A total of 77 countries, before South Africa, sought and received IMF assistance in response to the pandemic.

So far, IMF has approved $83.4 billion, of which about $14.3 billion has been disbursed to Africa to fight the pandemic. Also, 22 African countries have benefited from a debt cancellation amounting to $251.2 million from the international financing body.