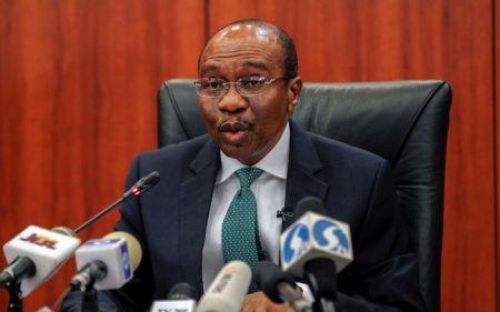 (Ecofin Agency) - In a country bracing for the 2023 presidential election, the central bank’s decisions concerning the rising cost of living were much awaited. But, can the new tightening policy adopted by the CBN successfully avert the inflation ever-rising in Nigeria?

The Central Bank of Nigeria (CBN) has decided to step up to counter inflation, which has reached record levels in recent months in Nigeria.

On September 27, 2022, the CBN reinforced its tightening policy even if the consequences could be disastrous for economic growth.

First, the Monetary Policy Committee raised, for the third time in less than 5 months, the main policy rate (+150 basis points) to 15.5%, before turning to the cash reserve ratio (CRR), in what looks like one of its last cards in its war against inflation.

With the increase in the CRR, commercial banks must now keep 32.5% of their deposits with the Central Bank, against 27.5% previously. For the CBN governor, Godwin Emefiele (photo),  the measure aims to control liquidity in the banking system and, consequently, the money supply, in an economy plagued by ever-rising inflation in a context where the country recently launched campaigns for the 2023 presidential election.

“We have increased the CRR, and we expect that this decision at this meeting must be seen to be potent. It must achieve the effect that the MPC thinks it should achieve. What it means is that we expect that all the banks in Nigeria must fund their accounts by Thursday (48 hours) because we will debit them for CRR. We will take their CRR to a minimum of 32.5 percent. Which means we are going to take liquidity out of their vaults by Thursday,” he said during a news briefing after the monetary policy committee meeting in Abuja yesterday.

“If any bank fails to meet up with this expectation, the decision of the MPC is that we may need to preclude those banks from foreign exchange market on Friday and onward until they meet this 32.5 percent,” he warned.

The decision appears like a double-edged sword as it could have disastrous consequences on economic growth amid a fall in oil production -the main source for the country’s foreign earnings- and external crisis including the Russia-Ukraine war.

Although he acknowledges that tightening monetary policy will increase credit costs and delay economic growth, Godwin Emefiele believes that this option seems tp be the best option to face the inflationary pressures faced by the country. In just four months, inflation rose by 280 basis points. From 17.71% in May 2022, it printed a 17-year high in August, reaching 20.52%.

“Yes, it will retard growth. But it is important, you know, that the level of rate is what will help you to slow down the rate of inflation. Raise rate or not, what will happen is that consumption and investment will be affected because the purchasing power of the consumer will derail or completely dissipate. You don’t have a choice but to raise rates,” the governor said.

Yesterday, ahead of the monetary policy committee meeting,  the Nigerian currency fell to its record low against the US dollar while the gap between the official exchange rate and the black market rate reached a record 65%. Nigeria uses several exchange rates for the naira: the official rate, which is very low but strictly controlled by the CBN, and the black market rate, which is more expensive. In recent months, several voices, including the IMF, have called on the country’s authorities to unify these rates. So far, they are resisting those calls because of the obvious dollar shortage in the country.

For the CBN, the increase in the main policy rate provides a glimmer of hope for the naira, despite the sharp depreciation in recent years.