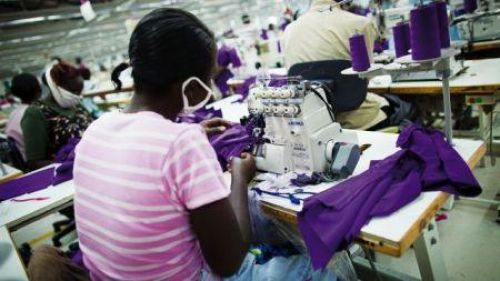 (Ecofin Agency) - Kenyan exports to the USA in the framework of the African Growth and Opportunity Act (Agoa) rose by 25.8% in 2018, the Kenya National Bureau of Statistics (KNBS) announced in a recent report.

In the report, the KNBS indicates that these exports, mainly made of textile products, grew from Ksh33.1 billion in 2017 to Ksh41.6 billion in 2018.

The exports under the AGOA agreement represented 88% of the country’s exports to the USA during the period under review.

“Capital investment increased by 3.6 per cent to Sh16.5 billion in 2018 but Agoa exports accounted for 88% of the total goods shipped to America,” Business Daily Africa reveals quoting the report.

This performance of Kenyan exports also led to a 5.1% rise in employment in the textile sector in 2018.

The rise in Kenyan exports under the AGOA deal is also one of the most important in the past nine years amid protectionists trade policies initiated by the current US government.

The AGOA is a programme allowing African countries to export some goods to the USA at preferential rates. Adopted in 2000 by the USA to support African countries, it was extended in 2015 by former US president Barack Obama for a period of 10 years.