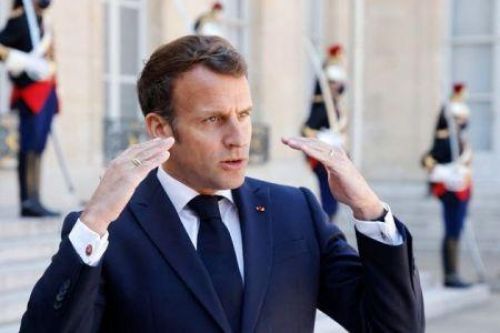 (Ecofin Agency) - French President Emmanuel Macron (pictured) calls on the international community to set a new deal for African countries affected by the Covid-19 pandemic. Like the economic recovery plan set up in the 1930s by US President Franklin Delano Roosevelt to fight the great depression in the US, the plan envisaged by Macron will support African economies in their efforts to get back on track. It will be a shield against the economic and social shocks that led to a historic recession of 2.1% during the pandemic (AfDB’s figures).

Macron’s statement comes ahead of the Summit on Financing Sub-Saharan African Economies, to be held in Paris on May 18. This conference will gather a dozen African leaders, European officials, and major international organizations, such as the IMF and the World Bank.

"We must invent a New Deal for the financing of Africa on May 17 and 18," said Emmanuel Macron, who also called on the international community to propose "profoundly innovative solutions" for the continent, and to forget "yesterday's histories. Otherwise, we will leave the African continent in poverty [...] facing reduced economic opportunities, forced migration, and the expansion of terrorism, and that I do not want to accept," he added.

Since the pandemic broke out, the French president has often sided with several of his African peers, calling for stronger actions by rich countries towards the black continent. In February 2021, he called on the IMF to issue $500 billion in special drawing rights (SDRs) that the world powers would renounce, for the benefit of African countries.