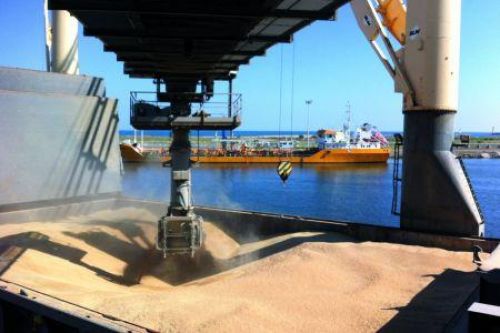 (Ecofin Agency) - African countries are heavily dependent on food products exported from Russia and Ukraine, although in various proportions. If the ongoing conflict lingers, several countries on the continent may be affected by hunger.

Russian President Vladimir Putin recently drew unconventional weapons to increase his influence on the international diplomatic scene. Those weapons are grain and fertilizers. In a telephone conversation with Italian Prime Minister Mario Draghi, the Russian president informed that he was ready to help overcome the food crisis caused by the ongoing Russia-Ukraine crisis provided that sanctions against Russia are lifted.

Russia “is ready to make a significant contribution to overcoming the food crisis through the export of grain and fertilizers, provided that politically motivated restrictions from the West are lifted,” said Putin as cited by a release published by the Kremlin.

According to the release, during the phone conversation initiated by Prime Minister Draghi, Putin rejected accusations claiming Russia was blocking Ukrainian grain exports.

The “difficulties had been caused, in part, by failures in production and supply chains, as well as the financial policy of the Western countries during the coronavirus pandemic. The US- and EU-imposed anti-Russia restrictions have made a bad situation worse,” the Russian President added.

Russia and Ukraine are the main global breadbaskets, counting for more than 30% of global wheat exports. They are also major corn, rapeseed, and sunflower oil exporters. Russia is also a leading player in the global fertilizer market. According to Dutch bank Rabobank, the country exports 20% of the world's nitrogen fertilizer in any given year. Together with its neighbor and ally Belarus (also sanctioned by Western countries), Russia also accounts for 40% of global potassium exports. So, food and fertilizers are powerful weapons if used as such by Russia.

The country will be comforted in its actions by the rising protectionism. India, the second grain producer worldwide (110 million tons in 2020), prohibited wheat exports and imposed restrictions on sugar exports to “safeguard reserves and curb inflation.” Malaysia also brandished the same argument to suspend chicken exports while Iran prohibited potato exports. Overall, 22 countries have placed limitations on the export of farm products since the beginning of the war the Russia-Ukraine war in February 2022, according to the International Food Policy Research Institute (IFPRI). In so doing, they blocked the export of the equivalent of 17.3% of the food calories traded globally. The tension is heightened by drought in Europe, India, South America, and part of Africa.

All those factors make the threat of a global food crisis an ever-present issue. Despite having 60% of the world's unused arable land and an abundant agricultural labor force, Africa is on the front lines of this crisis.

According to data from the International Trade Centre (ITC), African countries imported US$4 billion worth of farm products from Russia in 2020. Wheat and sunflower oil accounted respectively for 90% and 6% of those products. Ukraine, on the other hand, exported US$2.9 billion worth of farm products to Africa in 2020. About 48% of these products were wheat, 31% corn, and the rest sunflower oil, barley, and soybeans.

A recent study by the Policy Center for the New South found that 16 African countries with a combined population of 374 million (nearly 40% of the continent’s population) are over 56% dependent on Russian and Ukrainian wheat. Eritrea (100%), Somalia (90%), Seychelles (90%), DRC (85%), and Egypt (80%) are the most dependent, according to the study entitled "The consequences of Russia's invasion of Ukraine for Africa's wheat supply."

The African Union on the move

Most African countries are non-aligned as evidenced during German Chancellor Olaf Scholz's recent tour in Africa. "We do not want to take side in this conflict. We obviously want peace.  Although we condemn the invasion, we are working for a de-escalation, we are working for a ceasefire and dialogue: this is Africa’s stand,” said Senegalese President Macky Sall, after meeting with  Olaf Scholz.

The Senegalese president announced that he was delegated by the African Union (which he is currently chairs) to visit Russia and Ukraine as the representative of the whole African continent.

“We have pleaded for a ceasefire, for an end to the war, and the release of all food products ... so that the world doesn’t know a famine after two years of COVID and almost three months of war,” he said at the Mo Ibrahim Foundation's annual forum, held May 25-27.

“There are multiple initiatives to call on countries that have (grain) stocks to liberate them ... and to ensure that Russia can authorize the export of cereals from Ukraine and can also export itself. This is the African position,” he added.