Expresso kicks off 4G in Senegal 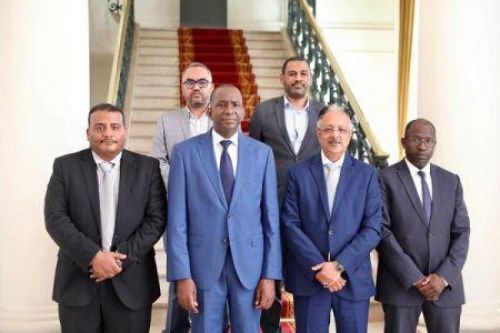 (Ecofin Agency) - Mobile operator Expresso Senegal, a subsidiary of Sudanese Sudatel, has finally received the green light of the telecom regulator to launch 4G, after several months of negotiations.

The agreement was signed last February 26, 2021, when a delegation of the Sudanese telecom group arrived in Senegal. Led by Magdi TAHA, CEO of Sudatel, the delegation was granted an audience by President Macky Sall himself.

“Thanks to a balanced electronic communications sector, the launch of 4G by Expresso Senegal is a great leap in the promotion of digital technology as a growth driver,” the regulator said.

Expresso obtained the 4G license a few days after the telecom regulator issued a formal notice to the company, accusing it of insufficient investment in its network. The regulator even threatened to withdraw the company's operating license.

As a reminder, Expresso Senegal initially announced 4G for March 31, 2020, but the Covid-19 pandemic disrupted plans. The company thus joins Tigo and Orange, which have already launched the technology in Senegal. With this strategy, Expresso wants to rebuild its customer base, which has been declining in recent years.