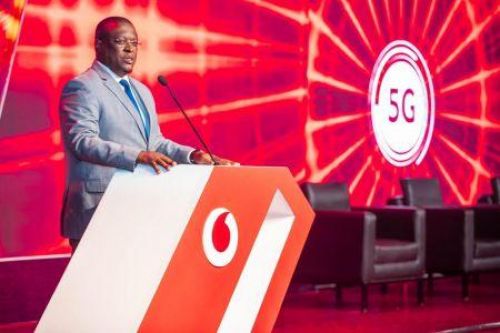 Telecom operator Vodacom Tanzania Plc launched Tanzania's first fifth-generation (5G) mobile network on Thursday, September 1. Among other things, the new technology is expected to accelerate the country's digital transformation with download speeds up to 40 times that of 4G.

“4G is good, but due to community demands, there was a need for higher technology with low latency, hence 5G. It will address a lot of challenges in Tanzania,” explained  Andrew Lupembe, Vodacom Tanzania’s Director of Network.

Vodacom wants to build 230 5G sites in the country by November 2022. The operator will start by deploying several sites in the capital Dar es Salaam, before expanding the service to other regions, including Arusha, Dodoma, Mwanza, Iringa, Kagera, Zanzibar, and Mbeya. The technology will be available to fixed network customers through Vodacom's 5G routers, as well as smartphone users with 5G-enabled devices.

Vodacom expressed its ambition to invest in the 5G, in Tanzania,  in 2020. That year, it initiated discussions with the Tanzania Communications Regulatory Authority (TCRA). However, up to May 2022, operators were not allowed to invest in the 5G. According to ICT Minister Nape Nnauye (photo), the launch of the 5G propels Tanzania into the elite league of countries that have the latest technology.  "The future is innovation and this is a good step. Through TCRA, Tanzania is embarking on great digital development projects such as constructing the National Fiber Optic Cable network named the National ICT Broadband Backbone (NICTBB) to achieve greater connectivity across the country and beyond,” he added.