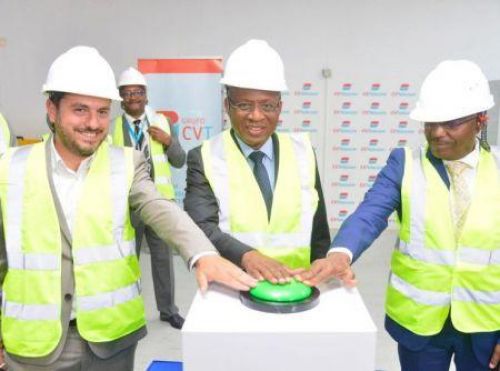 (Ecofin Agency) - Demand for broadband connectivity is rising in Africa since 2020. The demand is driven by the accelerated digital transformation prompted by the Covid-19 pandemic. As the trend is expected to continue, Cabo Verde is investing to build its internet capacity.

EllaLink, the subsea cable connecting Europe to Latin America, became operational in Cabo Verde last June 6. The new infrastructure is a state-of-the-art subsea cable, consisting of four fiber pairs that can provide up to 30 Tb/s of capacity, high bandwidth, and low latency.

It will strengthen Internet connectivity in the country, all thanks to the financial and technical support of the government and the European Investment Bank (EIB). The infrastructure is managed by the incumbent operator Cabo Verde Telecom, which built the landing station in the Achada Grande Frente industrial zone, in Praia.

The project to connect Cabo Verde to EllaLink started in 2018 when Cabo Verde Telecom and EllaLink announced an agreement to “deliver connectivity from Europe and Latin America to Cabo Verde.”In 2019, the country secured US$25 million from the EIB out of the US$60 million project cost. On February 18, 2021, the cable landed in Cabo Verde.

According to João Domingos Correia (photo, right), chairman of the board of Cabo Verde Telecom, with the growing connectivity demand resulting from the ongoing digital transformation and the change in clients’ usage, it was vital to increase the country’s connectivity capacity.

That demand can now be met with EllaLink, which provides the country with reliable, efficient, and secure connectivity. In addition, the new broadband infrastructure will allow the country to increase the quality of its services and also attract West African clients. "The truth is that the launching of this new EllaLink submarine cable is a major leap forward to stimulate the Cabo Verde region’s digital economy and international attractiveness," EllaLink explained in a June 9 release.