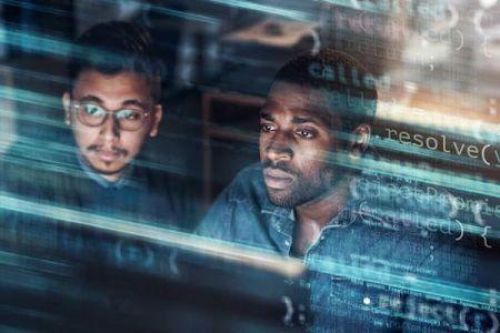 (Ecofin Agency) - The average score in North Africa is 38.59 points out of 100 against 29.38 points in Sub-Sahran Africa. The two regions scored below the global average, which is 44.61 points.

British firm Oxford Insights recently published the "Government AI Readiness Index 2022," which ranks 181 countries based on 39 indicators in three pillars, namely "government" "technology sector" and "data and infrastructure". According to the report, Mauritius is the African government most-ready for AI.  With its score of 53.38 points out of 100, the country is the 57th most-ready country worldwide.

Mauritius and Egypt owe their rankings to their high scores in the "Government" pillar, which includes criteria such as the existence of a national AI strategy, the development of online services, the existence of data protection and privacy laws, and the implementation of cyber security strategies.

South Africa, Tunisia and Morocco, Kenya, Seychelles, Botswana, and Nigeria scored highest in the "Data & Infrastructure" pillar, which includes, among other things, the state of telecommunications infrastructure, the number of cloud service providers computing, the quality of broadband Internet access, the cost of accessing the Internet and the availability of open government data.

However, no African country scored well (50 points or more out of 100) in the "Technology Sector" pillar, which includes criteria such as the number of unicorns, government spending on software, the number of STEM (science, technology, engineering, and mathematics) graduates, spending on research and development, the level of digital skills, and the quality of higher education in engineering and technology.

The average score for North Africa is 38.59 points compared to 29.38 points for Sub-Saharan Africa, which places both regions below the global average score of 44.61 points.

The index further reveals that high-income countries with strong AI strategies and investments swept the top 10 spots in the global rankings, with the United States leading the way with a score of 85.72 ahead of Singapore, the United Kingdom, Finland, Canada, South Korea, France, Australia, Japan, and the Netherlands.

Oxford Insights points out in this context that for the first time since the launch of the index in 2017, Western European countries take less than half of the spots in the global top 10 while three East Asian countries are in that top 10.