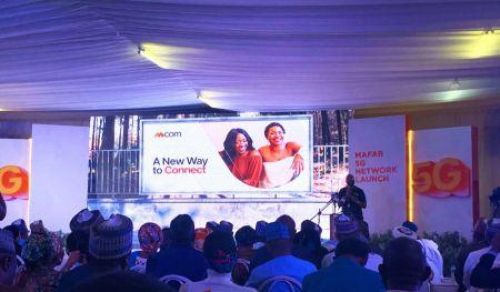 (Ecofin Agency) - Mafab Communications was supposed to launch its 5G services in August 2022 at the same time as MTN, with which it was awarded the 5G license in December 2021. The process was slowed since it was yet to acquire its telecom operating license.

Last Tuesday, Mafab Communications officially launched its fifth-generation (5G) mobile network services in Nigeria, joining MTN in the ultra-broadband segment. The company plans to begin rolling out its services in Lagos, Abuja, Port Harcourt, Enugu, Kano, and Kaduna before expanding to other cities.

" The 5G technology is not just a mobile network but represents a new culture, in a new era of connectivity where billions of devices exchange data and instill intelligence in our everyday life. It creates new, intelligent systems; and it can help to develop new advanced manufacturing models," said Musbahu Bashir, chairman of Mafab Communications.

Mafab Communications holds a 5G license, acquired in December 2021 during the first 5G auction organized by the Nigerian Communications Commission (NCC). The company had been awarded 100 MHz in the 3.5 GHz band for US$273.6 million, just like MTN. However, it was unable to launch operations within the timeframe set by the regulator due to the lack of a unified operating license (UASL). It was then allowed an additional five months to prepare for the launch.

Meanwhile, MTN launched commercial 5G in Nigeria in September 2022 after conducting a pilot phase from August 24 in line with the NCC's timetable. Earlier this month, Airtel Nigeria acquired additional spectrum, including for 5G, as part of a process initiated last October by the NCC to auction off the remaining two lots of 5G spectrum. The company is expected to launch its ultrafast broadband services soon.

The launch of Mafab Communications' 5G service is expected to introduce more competition in the ultra-broadband segment, previously controlled by MTN Nigeria. This should ensure that consumers receive quality services at lower costs in a context marked by growing demand for high-speed Internet services and the emergence of new digital consumption patterns.

It is also in line with the government's digital transformation ambitions outlined in the Nigerian National Broadband Plan, and the National Digital Economy Policy and Strategy, among others. According to Digital Minister Isa Ali Pantami, the 5G rollout carried out by Mafab and MTN is expected to facilitate the country's economic and social development. This is expected to generate approximately 3.6 million to 4.8 million jobs over the next ten years.