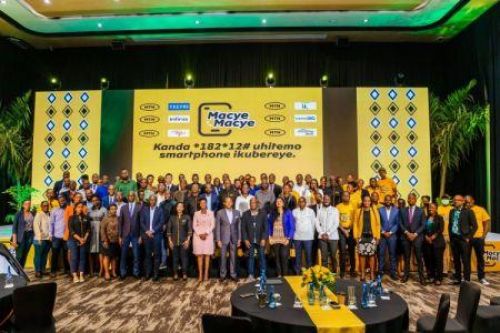 (Ecofin Agency) - According to the GSMA, only 40 percent of the adult population has access to the internet in Sub-Saharan Africa. The low penetration rate is due, among other things, to the high costs of smartphones.

MTN Rwanda announced “Macye Macye",  a program to finance the acquisition of smartphones and tablets. The program implemented in partnership with the Bank of Kigali (BK) aims to provide loans -repayable in several installments- to MTN’s subscribers so that they can acquire smartphones.

The initiative comes at a time when smartphones are still not affordable for the majority of African consumers, notably because of their high cost. According to the Global System Operators' Association (GSMA), only 49% of the 515 million unique cell phone subscribers use smartphones in Sub-Saharan Africa.

The partnership is expected to accelerate mobile and Internet penetration in Rwanda amid the accelerated digital transformation. According to Mapula Bodibe, CEO of MTN Rwanda, the "Macye Macye" program is expected to  create a "more connected world to enable more people to access the power of the Internet and bridge the digital divide in the country, where approximately 75% of the population do not own a smartphone."

The program is also expected to help MTN strengthen its position in the Rwandan telecom market by attracting new subscribers. The operator, which already controls 62.9% of the market share, will be able to capitalize on the booming demand for Internet connectivity to increase its revenues.