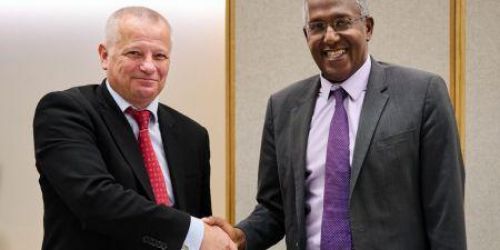 (Ecofin Agency) - In Africa, internet penetration is still low despite an acceleration of digital transformation. The issue is caused, among other things, by the lack of quality digital infrastructures on the continent.

Specifically, it will help WIOCC continue the rollout of its terrestrial fiber networks, invest in new subsea cables, and launch world-class and open-access data center infrastructure across the continent.

"At IFC, we recognize that there is a critical need for reliable digital infrastructure, which is fundamental to improving the quality of people's lives and driving business growth," commented Mohamed Gouled (photo, right), IFC Vice President of Industries.

In the "eConomy Africa 2020" report, IFC and Google indicate that ongoing investments in fiber networks and data centers will expand access to more affordable and faster Internet in Africa.  As a result, the continent's digital economy would reach US$180 billion by 2025, representing  5.2 percent of GDP, the report estimates.