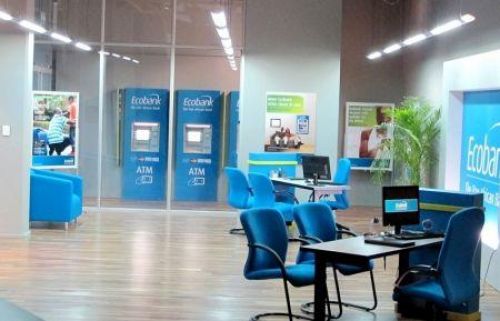 On a financial and operational level, net profit, which takes into account depreciation, amortization, income, and other operating expenses, declined by 66% to $94 million compared to $274.9 million in 2019. However, the international standard for the publication of corporate results recommends providing information on situations that, beyond net income, could influence it upwards or downwards from an accounting basis.

For Ecobank, the fact that Zimbabwe's hyperinflation was not repeated generated an additional potential gain of $34 million. Also, losses on foreign exchange operations were contained at $52 million compared to $243.19 million in 2019.

Still, on the income statement, net income was supported by higher interest income. This was a positive signal, as the banking group was no longer able to achieve growth in this segment.
However, the group’s final margin was affected by a 70% increase in provisions on available financial assets, meaning the resources it sets aside to face possible risks on its operations.

There was also the exceptional situation of a financial loss of $159 million, representing the recognition of an impairment loss on one of its assets sold in Nigeria.
Another good performance of Ecobank in 2020 is its cash position, which continued to grow in the fourth quarter, driven by $1.9 billion in customer deposits compared to $310.1 million in 2019.

The lower interest rates on these deposits provide a solid base for investment operations. As a result, the group and its subsidiaries were able to acquire $3.5 billion in customer deposits compared with $2.9 billion in 2019. The cash stock at December 31, 2020, was thus 3.6 billion FCFA compared to 2.5 billion FCFA in 2019.

This promising accounting result and the increase in its cash position are a positive performance, but challenges remain. The decline in the company’s net financial result opens the prospect of a new year without dividends, which may not please investors.
Results for 2021 are to follow, especially as the real Impact of Covid-19 on the various financial sectors of African countries remains uncertain.

The other challenge facing the pan-African group is the decline in its non-interest income, particularly digitalization, which was the pillar of income diversification. Revenues from bank card management were thus $64.6 million compared to $74.4 million at the end of 2019.
Finally, returns on assets and equity will need to be monitored. Taken in dollars, they reached the worst since 2017 in 2020.