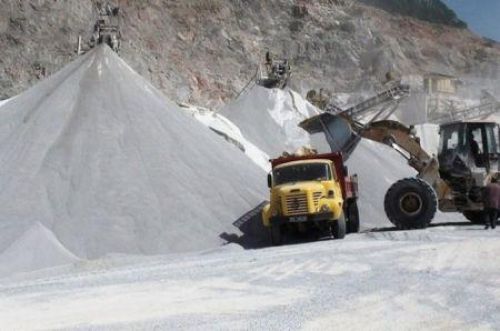 (Ecofin Agency) - Cement producers listed on the Casablanca Stock Exchange are expected to end 2021 on a positive note with their net results up 30.1% compared to last year. The good performance is driven by the dynamics in the country’s real estate and construction sectors, which led to higher demand for cement in the local market.

This is good news after a particularly gloomy year marked by the Covid-19 and its fallouts on the economy. According to information reported by CDG Capital Insight in a recent analysis, the two listed cement producers, LafargeHolcim Group and Ciments du Maroc posted favorable operating conditions, despite the health crisis.

Between January and September this year, the consolidated sales of listed cement plants amounted to MAD8.7 billion ($939 million) compared to MAD7.4 billion a year earlier. Cumulative domestic cement sales reached 10.2 million tons, up 18.3% compared to the same period in 2020. With the recovery of economic activity, and more specifically of construction activity, demand for cement is expected to increase by 13.6% by the end of the year, CDG Capital Insight reports. However, the document states that these cement companies should post a 0.8 point drop in their EBITDA margin by the end of the year, due to higher raw material and energy costs.

"Over the first six months of 2021, petroleum coke, the main input used in cement production, has seen its price increase by 86.3% from an average price of $41.7/ton in H1 2020 to $77.7/ton over the same period a year later," the document explains. However, CDG Capital Insight says this increase in inputs will be partially offset by the use of alternative fuels and other measures to be developed.