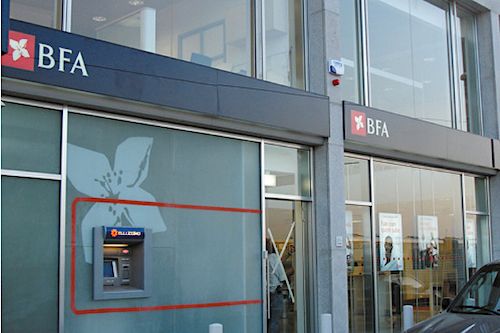 The move will facilitate the import and export trade finance requirements of SMEs and, by extension strengthen the Angolan credit market. The African Development Bank will provide up to 100% guarantee to participating banks for the non-payment risk arising from the confirmation of letters of credit and similar trade finance instruments issued by BFA.

Commenting on the approval, the Bank's Director General for Southern Africa, Leila Mokaddem said, “The approval of this facility by the Board of Directors allows the African Development Bank to support BFA to finance trade-related transactions, such as exports of agricultural commodities, import of raw materials and inputs. This will strengthen BFA's capacity to finance trade transactions for SMEs and local businesses, providing essential risk coverage to support value chain financing, working capital, and export-import transactions.”

African Development Bank Officer in Charge of the Financial Sector Development Department, Ahmed Attout emphasized the critical need for such support on the continent.

“We are excited about this partnership which will help BFA to increase its trade finance support to critical sectors of the Angolan economy by leveraging the capital relief provided by the AfDB’s AAA rated TG” he said. “This is aligned with the AfDB’s focus on private sector development through the provision of support to the financial sector,” he added.

Pietro Toigo, Bank’s country manager in Angola said: “The approval of this transaction is part of the African Development Bank’s efforts to support growth of the private sector and economic diversification in Angola, and extend provision of credit to underserved segments of the market”

The African Development Bank estimates the annual trade finance gap for Africa to be around $81 billion. Compared to multinational corporates and large local corporates, SMEs and other domestic firms have greater difficulty in accessing trade finance. The TG is one of the strategic tools that the Bank deploys to help reduce the continent’s trade finance gap.

Established in 2002, BFA is one of Angola’s large and systemic financial institutions with a significant country-wide reach of operational branches. It continues to leverage its corresponding relationships with international banks in supporting Angola’s real sector in the post-COVID 19 recovery phase.

Angola has been a shareholder of the Bank since 1977. The African Development Bank in Angola has a portfolio of $1.05 billion distributed across four its High Five priority areas: Power Africa (44%), Improve the quality of lives for the people of Africa (31%), Feed Africa (17%) and Industrialize Africa (8%). Its operations focus on five sectors: power, agriculture, social, finance, water and sanitation.