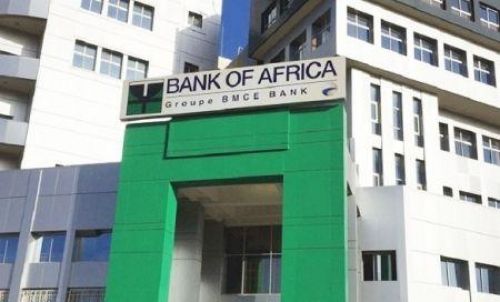 (Ecofin Agency) - In 2020, the performance of Bank of Africa (BOA)’s West African subsidiaries was affected by the rising cost of risk. Indeed, the net banking income of almost all of the subsidiaries (listed on the BRVM) rose during the period, showing the resilience of the banking group in a context marked by the coronavirus pandemic. However, their net profits were down year-over-year.

This drop in their net profit was mainly due to the 48% rise, to XAF38.5 billion, in their risk cost. For instance, in Côte d'Ivoire, the 16% increase of the net banking income (thanks to investment income and customer interest income) was not enough to mitigate the impact of the cost of risk, which rose four-fold.

In Niger, this indicator tripled to XAF6 billion, causing the net profit to drop by 12.7% to 7.4 billion. In Senegal, where the net banking income remained stable, the cost of risk increased by over 50% year-over-year, resulting in a 15.9% drop in net profit (to XAF7.6 billion).

In Benin, the rise in net banking income in an environment marked by the coronavirus pandemic was eroded by a cost of risk that almost doubled year-on-year. Due to that rise in the cost of risk, the net profit dropped by about 11% to XAF13.3 billion. In the process, BOA Benin, which was considered the largest subsidiary in the WAEMU region lost its spot to BOA Burkina Faso whose assets rose by 13.9% (to XOF988 billion) in 2020. Despite that outstanding performance, the Burkina Faso subsidiary also suffered an about 5% decline in its net profit due to a sharp increase in its cost of risk, which grew 2.5 folds compared to the 2019 performance.

During the period under review, only BOA Mali contained its cost of risk, which dropped by 10.2% year-over-year. With such performance, the subsidiary renewed with profitability, after a 2019 financial year that ended with over XOF6 billion net loss.