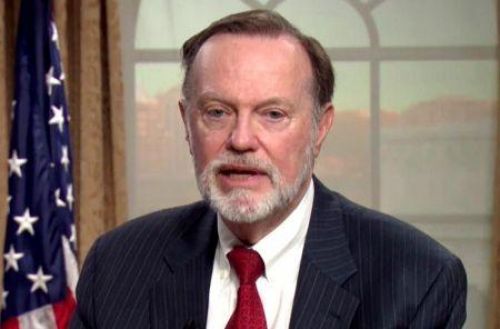 (Ecofin Agency) - The United States has requested Zimbabwe's assistance in countering the Islamist insurgency in Mozambique.

According to local media, the assistance was requested during a phone call between U.S. Assistant Secretary for African Affairs Tibor Nagy (pictured) and Zimbabwe’s Foreign Minister Sibusiso Moyo last week. The U.S. wants to put an end to the Islamist threat in the North of Mozambique that is disrupting the gas sector. U.S. company ExxonMobil is on a $60 billion gas exploitation project with French Total in the region.

While Washington's request is awaiting approval from the Trump administration, it seems clear that Harare would impose several conditions if it agrees to help. Indeed, Zimbabwe has been facing U.S. sanctions for several years, which President Emmerson Mnangagwa has been trying to lift since coming to power. The sanctions have further weakened an economy, which was already in a bad position due to years of mismanagement under the Mugabe regime.

The truth is that even if the Trump administration had not requested Zimbabwe's assistance, the latter has a vested interest in seeing the situation in neighboring Mozambique brought to a halt as quickly as possible. Only 1,231 km separates the two countries and jihadists could easily sneak into the territory. Also, the port of Beira in Mozambique is an important link between Zimbabwe and its trade partners.

As a reminder, about a week ago, Maputo asked the European Union for help to fight the security crisis. According to UN data, the situation has already forced about 300,000 people to leave their homes.