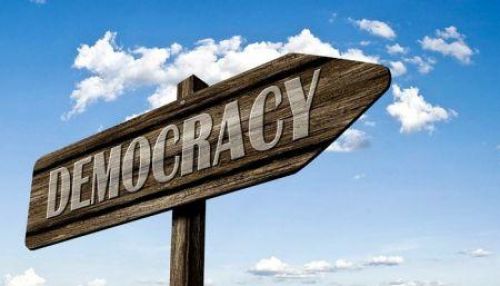 (Ecofin Agency) - The Economist Intelligence Unit (EIU) has just unveiled its 2020 Democracy Index, a ranking of nations around the world based on their level of democracy. The document features 50 African countries, excluding Seychelles, South Sudan, Somalia, and Sao Tomé-et-Principe.

As in previous years, only Mauritius ranks in the “full democracy” category but its index dropped from 8.22 to 8.14, and it fell in the world ranking. More than half of the countries in SSA now rank in the “authoritarian regime”.

The report mentioned that the drop in index on the continent is mostly due to the security crisis in several countries and the Covid-19 pandemic. The escalation in terrorism in West Africa in particular, has shaken States, which find it increasingly difficult to keep hands on their territories.

This has led to a deterioration in the criteria relevant for several countries in the category of "the functioning of government", EIU experts say.

Also, the contested elections in several countries led to poor performance in the category "electoral process and pluralism". This situation, compounded with the coronavirus, has led to restrictive measures depriving millions of citizens of their freedom.

With a score of 3.77, Algeria dropped from the "hybrid democracy" category to the "authoritarian regime". Burkina Faso and Mali now occupy the 26th and 23rd African places (116th and 111th worldwide).

The biggest declines worldwide include Togo (index dropped to 2.80 and the country lost 15 places in the ranking). The West African country fell from 126th place in the world (31st African) to 141st place in the world (39th African). According to the EIU, this situation is essentially due to an election deeply marred by irregularities and the subsequent repression of the opposition. Mali, for its part, recorded the second-biggest drop in the ranking, with 11 places lost.

Overall, seven African countries are flawed democracies, 14 are hybrids (halfway between authoritarian rule and democracy), while the remaining 28 are authoritarian.

Since 2006, the Economist Intelligence Unit's Democracy Index has provided a picture of the state of democracy worldwide for 165 independent states and two territories. The index lies on five sets of criteria: electoral process and pluralism, civil liberties, the functioning of government, political participation, and political culture. These criteria classify countries according to four types of regimes, namely "full democracy", "flawed democracy", "hybrid regime" and "authoritarian regime."