Chad: 1,000 Boko Haram jihadists killed as part of the “Wrath of Boma” Operation 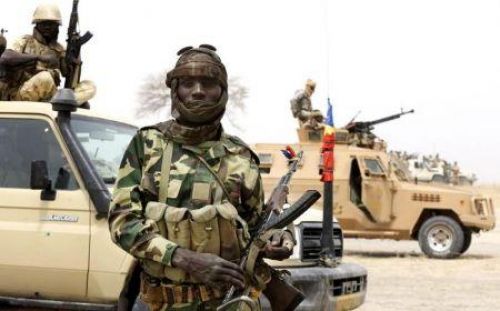 (Ecofin Agency) - About 1,000 terrorists of the Boko Haram sect have been neutralized by the Chadian army in recent days. This was announced today, April 9, 2020, by Colonel Azem Bernandoua Agouna, spokesman of the Chadian National Army (ANT), as the first assessment of Operation "Wrath of Boma" launched by President Idriss Déby.

However, 52 Chadian soldiers were killed and 196 wounded after eight days of fighting that also enabled the Chadian defense and security forces to destroy 50 pirogues and recover several individual and collective weapons.

The operation, which took place in a vast area populated by islets near the border with Nigeria and Niger, was in response to the jihadist attack of 23 March 2020, which had killed nearly 100 Chadian soldiers. Less than a week later, President Déby announced that the country would avenge its soldiers, promising to “catch and destroy” Boko Haram.