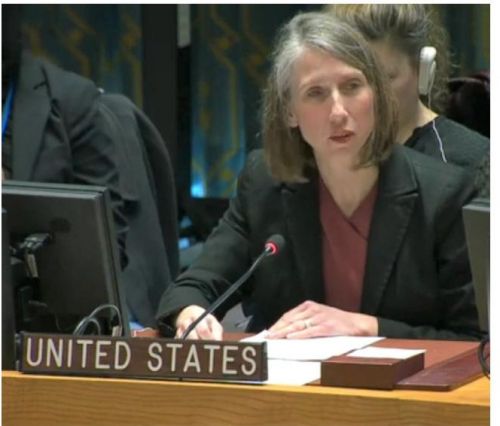 (Ecofin Agency) - Cherith Norman Chalet (pictured), the US deputy ambassador to the UN Security Council, announced on Jan 15 the United States is calling for a reduction in the Blue Helmet troops in Mali, known as MINUSMA. “It is time for this Council to begin developing an alternative approach to address growing instability […] We must recognize that peacekeeping missions are not the answer to growing terrorist threats in Mali,” the envoy said in her Remarks on the Situation in Mali.

According to her, the Malian government and the Signatory Armed Groups of the 2015 peace agreement are not making any efforts to implement the treaty and that really questions the usefulness of the troops in the country. “We should consider de-prioritizing MINUSMA’s support in implementing the Agreement and instead focus the mission on protecting civilians,” she said, suggesting that “the mission can reduce its size,” forcing countries to take more effective actions.

Considering what Chalet said, the signatories may still get a chance to get the UN troops to help with the peace deal by proving “their resolve” before the mission’s mandate comes to an end in June 2020; so the onus is now on them.

Currently, about 15,000 peacekeepers are deployed on the Malian territory for an annual budget of $1.2 billion. The mission debuted in 2013.