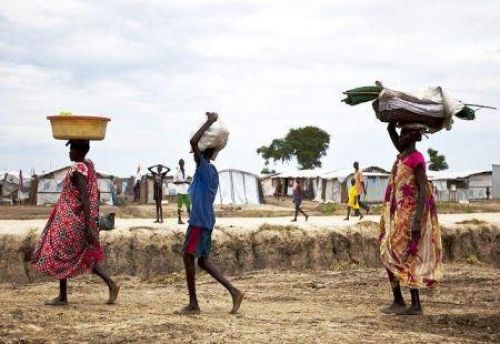 (Ecofin Agency) - The United Nations launched on March 16 a humanitarian response plan of $1.7 billion to fight hunger in South Sudan.

In an official statement, the institution said it wants to give a helping hand to the various humanitarian agencies engaged in the country. These include the World Food Program (WFP) and the High Commissioner for Refugees (UNHCR).

The assistance plan targets 6.6 million people this year. According to Jens Laerke, spokesperson of the United Nations Office for the Coordination of Humanitarian Affairs (OCHA), South Sudan is experiencing the highest level of food insecurities and malnutrition since its independence in 2011. The country is going through security, climate, and health difficulties. The multiple acts of violence in the country have taken the lives of many and forced many others to flee.

Moreover, heavy flooding, waves of drought, and locust invasions are issues that greatly compromise agricultural production in the country. Another strike to South Sudan is the covid-19 pandemic, with nearly 9,700 cases and 106 deaths.

All of these factors have contributed to the increased level of vulnerability of the South Sudanese population. “Approximately 7.2 million South Sudanese have been pushed into severe food insecurity due again to sporadic violence, extreme weather, and the economic impact of COVID-19,” said Tomson Phiri, WFP spokesperson.

The United Nations believes that the situation is likely to worsen as the lean season from May to June 2021 will probably be the most severe on record. There is a critical need to build up a substantial food reserve.