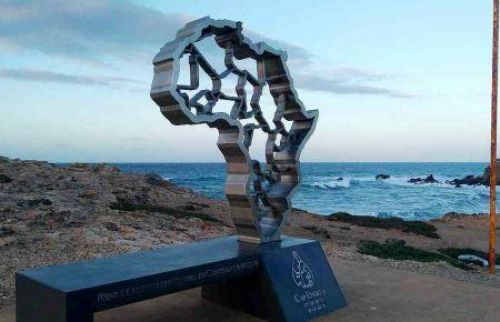 (Ecofin Agency) - The Economist Intelligence Unit (EIU) recently published the 2019 edition of its democracy index. Taking into account 50 African countries except for Seychelles, South Sudan, Somalia, and Sao Tome and Principe, the index gives a picture of the state of democracy on the African continent.

It shows that in 2019, democracy declined globally, on the African continent and more particularly in sub-Saharan Africa. Indeed, the average score for the region fell from 4.36 in 2018 to 4.26 in 2019, the worst score since 2010.

As in 2018, only Mauritius ranks in the “Full Democracy" category, ahead of France and the United States. While about 16 African countries have relatively improved their score, 24 have recorded a decline in their performance. According to the EIU, this is due to the deterioration of the electoral process and political pluralism in many sub-Saharan African countries.

With a score of 4.01, Algeria moved from the category of "authoritarian regime" to the category of "hybrid democracy," moving up 13 places to 113th in the world (25th in Africa). Sudan, for its part, obtained a score of 2.70, insufficient to take it out of the "authoritarian" category, but nevertheless, it gains 8 places and moves up to the 157th place in the world (42nd in Africa).

Benin is one of the countries that recorded the biggest drop in their scores. With a score of 5.09, the country moves from the 81st world place to the 97th (16th in Africa). This is mainly due to the 2019 legislative elections without opposition participation, which led to violence, a rare occurrence in this West African country. Another West African country, Senegal, has fallen nine places and is now ranked 82nd in the world (9th in Africa), moving it down from the category of “flawed democracies” to that of "hybrid" democracies.

Overall, seven African countries are ranked as “flawed democracies” (down from eight in 2018), 17 are hybrid (halfway between authoritarian rule and democracy), while the remaining 25 are classified as authoritarian.

Since 2006, the Economist Intelligence Unit's Democracy Index has provided an overview of the state of democracy worldwide for 165 independent states and two territories. The index is based on five sets of criteria: electoral process and pluralism, civil liberties, the functioning of government, political participation, and political culture. These criteria classify countries according to four types of regimes, namely "full democracy", "flawed democracy", "hybrid regime" and "authoritarian regime."

2019 ranking of most democratic African countries according to the EIU