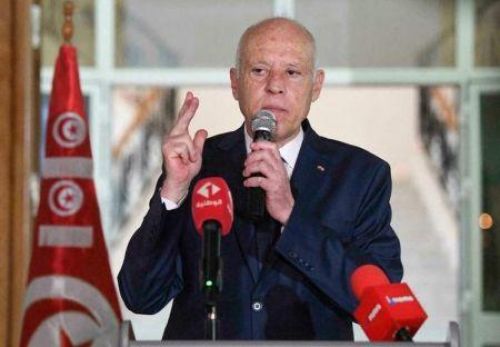 (Ecofin Agency) - Tunisian President Kaïs Saïed suspended the Parliament last July 25. With full control over the executive and legislative branches, he is now preparing a constitutional change that is not welcomed by the opposition.

“Exceptional measures organizing the legislative and executive branches are enacted. The preamble of the Constitution, Chapters 1 and 2, and all other provisions that align with the exceptional measures are still in force,” the statement reads.

During a visit to the city of Sidi Bouzid last September 20, the President said he would maintain the exceptional measures adopted on July 25 while promising the appointment of a Prime Minister and the adoption of electoral law. No deadline was however communicated.

Pending the implementation of these commitments, Kaïs Saïed will now rule by decree. The decision is criticized by opposition parties, mainly the Islamist party Ennahda. According to them, such a decision is a way to wipe out the 2014 Constitution, which made Tunisia the only true democracy to emerge from the Jasmine Revolution of ten years ago.

Despite these criticisms and various warnings from the international community, the Tunisian President seems determined to follow through on his ideas. Denouncing corruption within the government, he announced a forthcoming Constitutional reform, which many observers see as a move towards an exclusively presidential system.

"The provisional instance of control of the constitutionality of bills is abolished. The president will prepare draft amendments on political reforms with the help of a committee that will be established by presidential decree," the statement concluded.