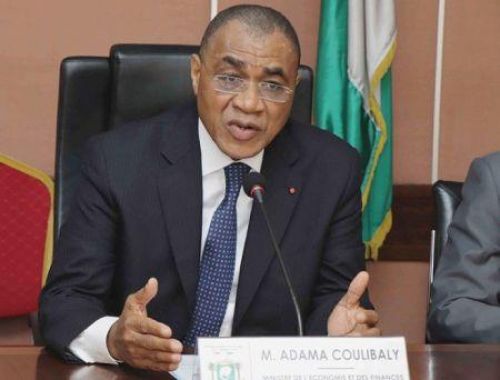 (Ecofin Agency) - Since 2012, France has signed three debt relief and development contracts with Côte d'Ivoire. The latest agreement signed on October 27 will allow the country to use the resources initially intended to pay its debt to Paris to finance development projects.

Côte d'Ivoire signed a new debt reduction and development contract (C2D) with France on October 27 in Paris. Through this deal signed between Adama Coulibaly (pictured), Ivorian Minister of Economy and Finance, and his French counterpart, Bruno Le Maire, the country will benefit from the conversion of €1.14 billion of its bilateral debt into grants.

The implementation and monitoring of this new C2D will be carried out by the French Development Agency (AFD). The funds that were initially intended to pay debt with France will be paid into an AFD account and used to finance development projects in Côte d'Ivoire.

The agreement "operates according to a mechanism that will see the Ivorian government repay loans contracted with France but the money will then be used to finance projects agreed upon between Côte d'Ivoire and France," said Adama Coulibaly.

The beneficiary projects are part of the new National Development Plan for 2021-2025 and cover the areas of education, training, employment, and health. Other priority projects will focus on urban development, agriculture and biodiversity preservation, and strengthening the governance of public and financial institutions.

"The debt relief and development contracts are mechanisms for converting debt into development programs. They are managed in a partnership framework and demonstrate the strong economic cooperation between France and Côte d'Ivoire," said Bruno Le Maire, the French Ministry of Economy. For its part, the Ivorian ministry welcomed a "real breath of fresh air for Côte d'Ivoire.”

Let’s note that the new deal brings the total amount of debt converted to €1.75 billion.