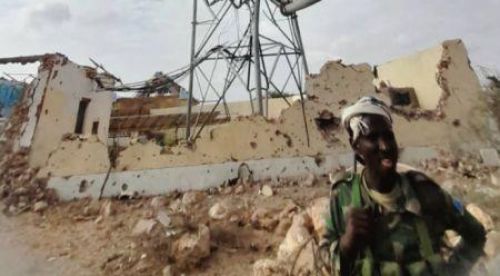 (Ecofin Agency) - Al-Shabaab has been active in Somalia since 2006. The group’s repeated attacks have claimed thousands of lives and destroyed dozens of infrastructures, including telecom sites.

Somali telecom operator Hormuud Telecom confirmed on Monday, November 7, that a car bomb attack by the terrorist group Al-Shabaab destroyed a telecom center and tower in Qaayib, a village in Galmudug state. The incident disconnected about 14,000 residents from the operator’s network.

According to Hormuud, Qaayib and its surrounding area can no longer access its telecom and mobile money services. This is expected to cause an indefinite blackout but Hormund promises to rebuild the center to restore telecom services as soon as possible. Nevertheless, it gives no precise date for reconstruction.

Meanwhile, residents explain that Al-Shabaab is destroying wells and telecommunication centers as punishment for their support of the government’s ongoing offensive against terrorists.

Since its inception in 2006, the al-Shabaab terror group has carried out a series of attacks in Somalia in a bid to overthrow the government, establish an Islamic state, impose sharia law and drive all foreign forces out of the country. In addition to government forces, the group sometimes attacks telecommunications infrastructure, among other things. It usually targets communications infrastructure in areas where the African Union Transitional Mission forces were operating. In 2019, Hormuud reported 12 attacks on its equipment, resulting in the disconnection of 4,000 people. The terrorists also destroyed Safaricom’s crucial infrastructure to limit communications between authorities and civilians on the Kenyan side of the border with Somalia.