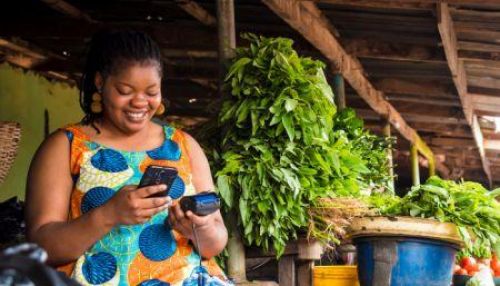 (Ecofin Agency) - Mobile payment services are growing rapidly in Nigeria. According to NIBSS data, the value of mobile money transactions grew 172.2 percent to NGN4.9 trillion in the first four months of 2022, compared to NGN1.8 trillion over the same period in 2021.

To gain a foothold in the financial services segment, Globacom plans to deploy an extensive agent network of more than 100,000 agents both in rural and urban areas in the country. The company also plans to deploy thousands of kiosks across the country.

As per the terms of its license, MoneyMaster PSB will provide many of the services provided by commercial banks: payments and remittances, deposit collection as well as the issuance of debit and prepaid cards. However, unlike commercial banks, it will not be able to extend loans or carry out foreign exchange transactions.

With MoneyMaster PSB now operational, every telecom operator active in Nigeria now has its own payment service banking unit. The Globacom subsidiary received final approval from the Central Bank of Nigeria (CBN) in November 2020 along with 9Mobile's 9PSB while MoMo PSB (MTN) and SmartCash PSB (Airtel) received their licenses earlier this year.

The introduction of PSBs is part of the CBN's efforts to drive financial inclusion in Nigeria, where a large portion of the population is still unbanked. "As we speak right now, the inclusion rate is around 50%, which means that close to 49.5% of adult populations don’t have formal banking services, and to compound the matter, 82% of Nigerians are currently receiving income their income in cash," said Zakari Usman, Globacom’s Head of Enterprise Business.

As of December 2021, Nigeria had about 133.5 million bank accounts according to data from the Nigeria Inter-Bank Settlement System (NIBSS). Only 54 million of those accounts were registered with a Bank Verification Number (BVN) as of April 10, 2022. With their PSB units, telecom operators target those 79 million underbanked and unbanked.