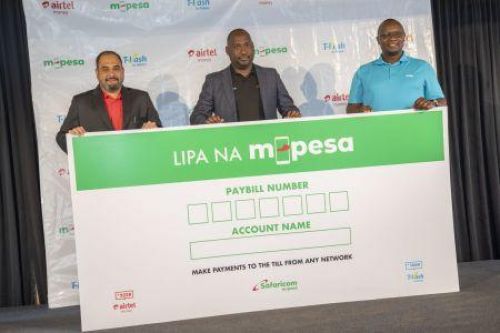 The initiative is part of the first phase of the National Payments Strategy 2022 - 2025 launched by the Central Bank of Kenya (CBK) last February. It aims to build “a secure, fast, efficient and collaborative payments system that supports financial inclusion and innovations that benefit Kenyans.”

The mobile money sector is growing rapidly in Africa, establishing itself as the main alternative for a largely unbanked population amid the ongoing digital transformation. According to the GSM Association, in 2021, in Africa, mobile money transactions rose 40% year-on-year to US$701 billion. East Africa accounted for more than 65% of those transactions, estimated at US$403.4 billion.

With the interoperability of the bill payment system, telecom users can now pay utility bills, and school fees as well as settle businesses and service providers regardless of the network they use.

Interoperability “will further deepen the digitalization of payments to large and small businesses using the already extensive mobile money rails, and therefore enabling customers to conveniently make payments,” the CBK explained in a recent release.