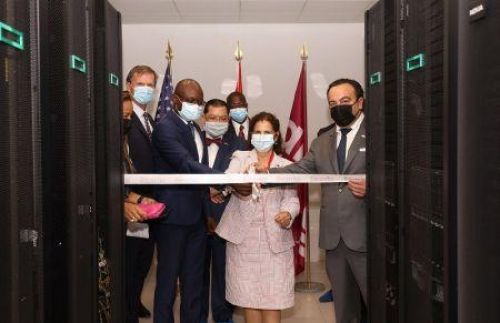 (Ecofin Agency) - Mobile operator Africell Angola announced last October 20, the opening of a data center in Luanda. The facility, entirely based on the cloud, is housed in the Kings Tower building. It is the result of the technical collaboration of renowned companies such as HP, Nokia, Dell, and Oracle. Several local partners also participated in the project. These are CPC Africa, Jembas, and Prosecurity.

Christopher Lundh, CEO of Africell Angola, explained that "the opening of the data center is a milestone. Africell is investing in technology that will provide Angola with faster, more affordable, and more reliable digital connectivity than ever before. Africell's new data center features unique technology that has been designed in collaboration with world-class technology partners and built to the highest standards of efficiency, performance, and resiliency...it sets the tone for the future of our network."

In addition to supporting Africell Angola's mobile network, the data center will also benefit Angolan entrepreneurs and innovators by providing an open environment in which they can host, integrate, and run their applications at a low cost. Africell's cloud networking capabilities will also provide fast global connectivity that will be available to Angolan companies operating in global markets.