Equatorial Guinea: Telecom operators to reduce tariffs by half by May 1st 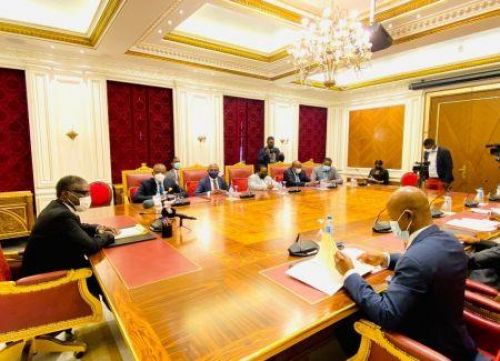 (Ecofin Agency) - Weeks ago, Equatorial Guinea launched negotiations with telecom operators to reduce the costs of services they provide. The agreement signed on April 20 marks the successful conclusion of those negotiations. It also announces further reductions.

Next May 1, telecom operators active in Equatorial Guinea will reduce their tariffs by 50 percent. The decision is the result of a preliminary agreement signed,  Wednesday (April 20) by the government, the telecom regulator ORTEL, telecom infrastructure manager GITGE and the said operators.

According to Teodoro Nguema Obiang Mangue, vice president of Equatorial Guinea, the 50% rate is temporary but, it will be applied till the conclusion of the ongoing study on telecom costs in the country. After the study, new rules and tariff guidelines will be issued and telecom operators who fail to comply will simply lose their licenses, the vice-president warns.

The decision was issued by the government to ensure the well-being of residents in accordance with article 29 of the constitution. It will reduce communication costs. At the same time, the government expects the quality of the services offered by operators will not deteriorate.