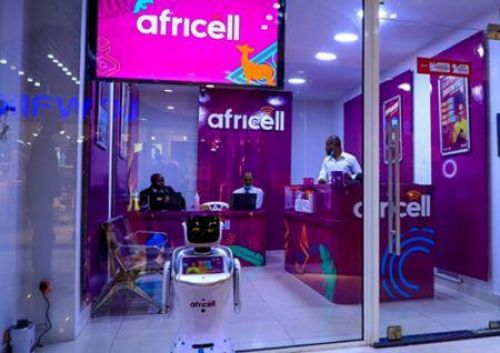 (Ecofin Agency) - In the DRC, demand for telecom services has been rising unabatedly since 2020. Operators are therefore upping investments to meet the demand and become more competitive.

Africell SA will need more frequency spectrum to improve its network coverage in the Democratic Republic of Congo (DRC). The issue was raised by Peter Pham, a member of Africell SA’s board of directors, during a meeting with Augustin Kibassa Maliba, Minister of Posts and Telecommunications, on the sidelines of the 40th session of the Assembly of Parties of the International Telecommunications Satellite Organization (ITSO).

The move comes some eight months after the network operator presented its investment plans to Prime Minister Jean-Michel Sama Lukonde Kyenge. According to the plan, the operator intends to double the size of its network in the DRC, notably in the east.

The expansion project is necessary, given the increasing competition in the Congolese telecom market driven by the growing demand for telecom services brought about by Covid-19. Since 2021, its competitors, Orange and Vodacom, have been investing in their networks, including the rollout of a fiber-optic network, service extension in rural areas, and network upgrades (from 2G to 3G).  Earlier this month, Airtel Africa acquired an additional US$42 million spectrum.

By expanding its network, Africell wants to reach thousands more people, strengthening its market positioning and boosting revenues.  As of the fourth quarter of 2021, it was the fourth operator in the Congolese market with 9.73% of the market share. It was behind Orange, Airtel, and Vodacom, which controlled 27.86%, 28.55%, and 33.86% of the market respectively.

In June 2021, the group secured a US$105 million syndicated loan to finance its African strategy. In the meantime, it launched commercial operations in Angola.